Until the recent outbreak of the COVID-19 pandemic, the climate crisis was perhaps the fundamental design problem of our Anthropocene era. The threat of climate change has forced us as designers to reevaluate how we realize designs at all scales. Eco-friendly interior finishes, net-zero energy skyscrapers, and strategies to prevent the rising sea levels from pushing residents in coastal cities more inland are just some of the innovative solutions that have come from the increased urgency to mitigate the effects of the climate on our world.

The problem that we face is that these designs often only serve as a means for putting a metaphorical bandaid on the catastrophic damage that we’ve inflicted on the planet. We need to push forward a new form of architecture, one that is as dynamic as the environment, and one that can anticipate and respond to the future conditions to put our world ahead of the exponentially growing climate change curve. These projects should have the ability to combine aesthetics with utility, incorporate forms of renewable energy, provide coastal fortifications, and reduce carbon dioxide emissions.

Faced with the pressure of producing design solutions in response to climate change, architects often have the dangerous tendency to envision new utopian cities built on top of the water or create doomsday escape pods to transport us to a world that exists long after planet earth. These proposals acknowledge the projected statistics behind climate change, but in a way, admit the fear that the human race is already too late, and suggest the best solution is to plan for the aftermath instead of working towards a recovery. The designs, while impressive and rooted in deus ex machina ideology that could save us from ourselves, do little to inspire hope for our future. Conversely, an attitude and willingness to design for the world we currently live in is much more proactive and has inspired many of the successful buildings that we see in our built environment today.

In one of the more popular design trends, many new skyscrapers are beginning to explore ways to integrate wind turbines, acting both as a visual statement of the buildings’ commitment to renewable energy, and also as a mechanism for generating its power. The Bahrain World Trade Center currently features three turbines which are each located on sky bridges between the two towers of its site. Only 300 miles away, the highly anticipated “Rotating Tower” is being conceptualized in Dubai. If built, this tower would be the first of its kind, with each one of its 80 floors having the ability to rotate independently of one another. At first glance, this design seems like a waste of energy, but these spaces between each floor allows for the implementation of both wind turbines and solar panels. If completed, the tower is expected to provide a surplus of energy that could power five additional buildings of similar size.

Other approaches to climate change solutions focus on enhancing the relationship between the city and the environment- an erroneous dichotomy that is often misinterpreted. However, some designers have found success in finding ways to incorporate nature into dense urbanism. Copenhagen-based architecture studio, SLA, designed the Soul of Nørrebro project which embraces the flooding of the city through the design of biological ecosystems that create new social spaces. In New York, dlandstudio developed a design for soil-filled concrete cells that will retain and filter stormwater, while topped with plants that are capable of breaking down toxins and heavy metals, helping to clean up Brooklyn’s Gowanus canal. The result is a highly symbiotic relationship between the city and the canal, which has evolved into a popular public park.

While the design industry faces challenges in adapting to the increasingly fast rate at which climate change impacts our world, it’s important to recognize the ingenuity of ideas that have emerged around the subject. Instead of implementing strategies to just maintain the pace we are at, we need to take huge steps forward and help to reverse the damage that has been done to make truly meaningful progress in the coming years. 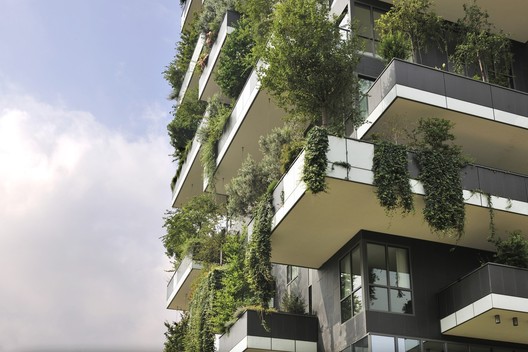