Designed by Sasaki in collaboration with an interdisciplinary team including Arup, JLL, and the Wuhan Planning Institute, the Wuhan Yangchun Lake Business District master plan was approved by the city. Imagining “a progressive yet realistic vision for the district”, the project, a landscape-forward urban blueprint, will define Wuhan’s next generation of growth. 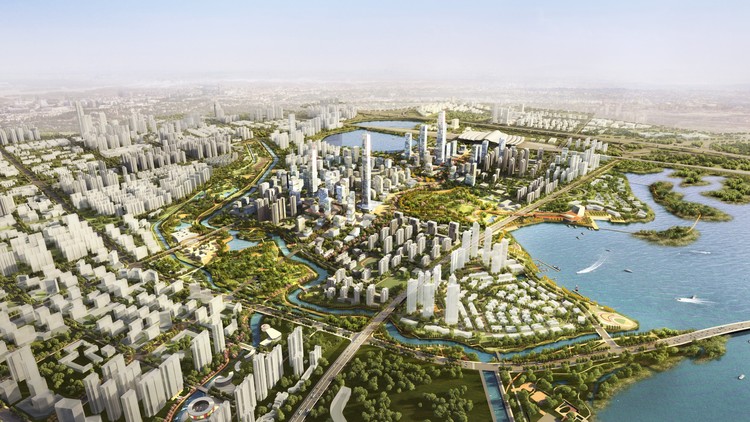 Wuhan, one of the world’s fastest-growing hubs for technology and innovation, is at the forefront of China’s next wave of progress. The master plan proposed by Sasaki allows “the pairing of the Wuhan High-Speed Railway station and the new Yangchun Lake Business District”. The recent influx in population to the city led to the unplanned rapid densification of the district, and to consequently significant environmental concerns, like the water quality of Yangchun Lake and the large solid waste landfill near the waterfront.

Responding to environmental challenges, the master plan developed five key remediation strategies, providing “a total of 368 hectares of new open space throughout the district in a variety of typologies that enhance the urban experience”.

First, the existing canal network was restored to mimic natural processes, “including reestablishing their connection to the floodplain of the lake, managing stormwater to reduce impacts from flooding, improving the riparian habitat, and enhancing connectivity to the lake for both humans and wildlife”. Second, a new strategy was created for the wetlands, establishing contiguous public access along the once privatized waterfront. Third, a system of greenways throughout the entire district was established following existing drainage patterns and major roadways. Fourth, the plan put in place a series of pocket parks interspersed in each of the district’s neighborhoods, providing daily amenities while reducing the impacts of urban flooding. Finally, the fifth strategy imagined a new central park, built upon a former solid waste landfill. 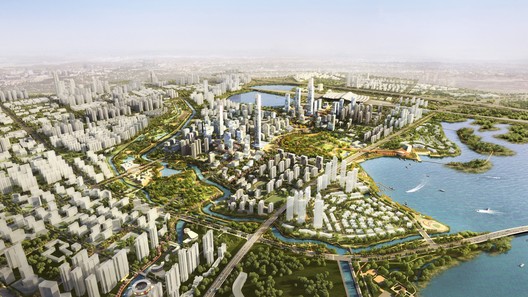