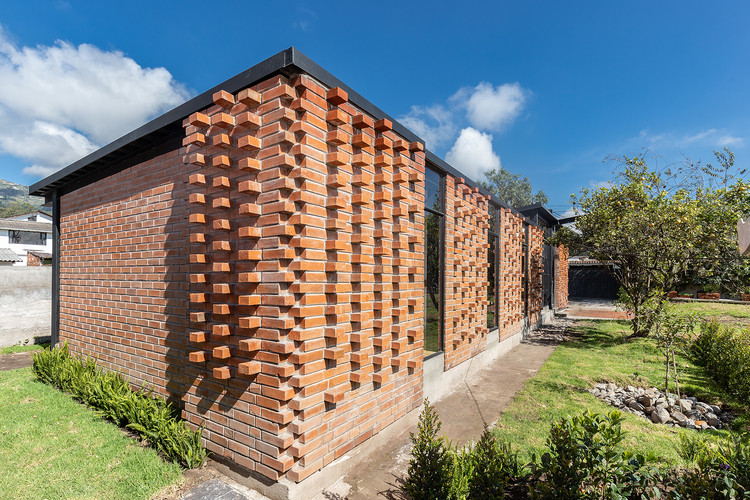 Text description provided by the architects. The commission begins with the request to build a house that was designed in advance that included a single-family home attached to two apartments for rent. As a young office facing their first project, we decided to propose a new sketch instead of building the proposed generic house that did not seem to be part of the site where it was going to be placed, almost like a shot into the air. This proposal raised the idea of rehabilitating the neighbouring house for rent instead of building apartments, also reflecting the essence of this family of three, where all the daily activities were carried out in an abundant space with divisions that didn't allow the closure of each area to separate the activities. In addition, it emphasized the recovery of the garden that had been covered with hard soil for the entry of the family car.

By recovering the soft ground, an envelope is generated based on a boundary of plants between the existing house and the new proposal. The house is situated in such a way that it separates an intimate garden from a common one, which gives way to the arrangement of the program classified into private and social areas relating to each garden respectively, without losing the possibility of immediate interaction between users. The social area faces the common green space sharing daily activities, cooking, eating, watching movies or working. The private area is separated by a strip of service spaces and a corridor that connects with the bedrooms that are related to the privacy of the back garden.

The volume is developed with the relations between the interior and the exterior as a starting point, the vegetal envelope runs along the brick perimeter and the windows from floor to ceiling seek to provoke the escape of the gaze towards the gardens as if the user were in a permanent exterior space despite being doing their daily activities inside.

The masonry fulfils different functions within the project, the double-wall that encloses the kitchen in the social area fulfils a structural role by receiving the structure of steel porticos and supporting the roof, separated only by a strip of glass that allows the entrance of light at a different height than in the rest of the project, like an inclined glass plane that covers the entrance to the house as a prelude when entering the space.

The masonry along the corridor forms an exhibition gallery that houses a family collection of pieces in the shape of cuscungo-owls of different sizes, colours, ages and origins. This collection was previously contained in furniture that did not allow it to be understood as something precious, the decision was made to make it part of the tour of the house to reflect its importance to all users and visitors.

The floor changes according to the area, between the social and private spaces there is a change of level and material, as a transition of uses and temperature, the polished cement floor becomes a eucalyptus wood decking causing the feeling of warmth and intimacy, simple decisions that give the user a pleasant habitat. 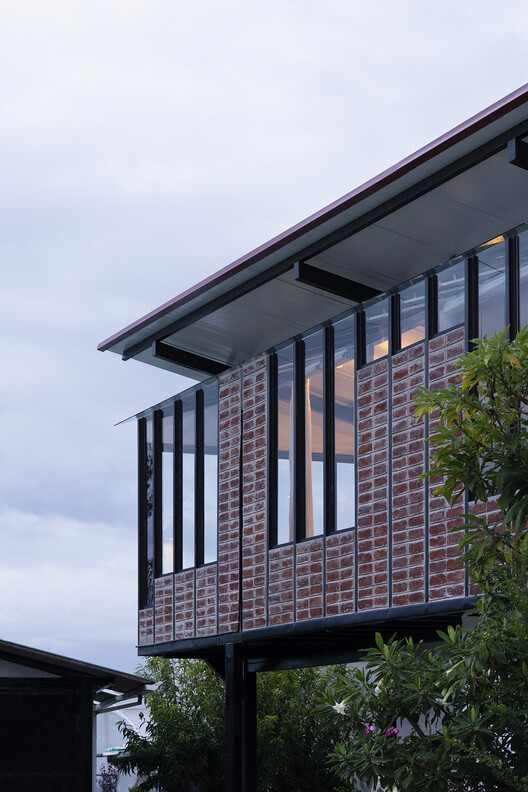