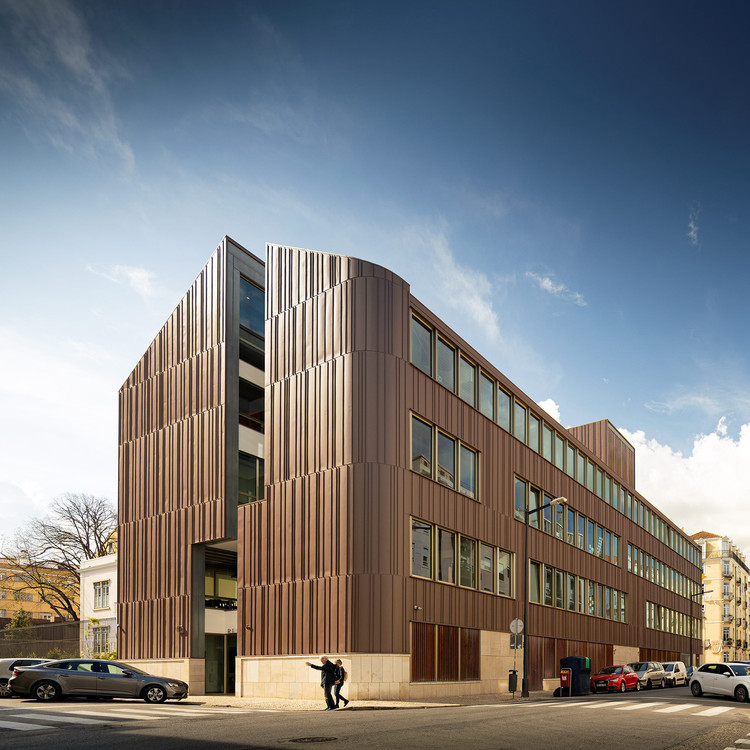 Text description provided by the architects. Redbridge is a new international school located in the heart of Lisbon, in the popular neighborhood of Campo de Ourique. The pedagogic challenge was ambitious: to create an innovative school with a human approach, that promotes creativity, the joy for learning and the openness to international multilingual exchange, where art plays an educational central role, children feel at home, valued, safe and happy.

The building site was small and quite peculiar in shape – two opposite fronts of a city block, connected by a narrow strip surrounding an existing villa in the center of the plot. According to city codes the north building, in the largest part of the plot, was to follow the street alignment and to be limited to 4 floors, following the scale of the surrounding buildings. In the south side, narrower and crowded with trees to be preserved, construction was to be isolated, detached from the context. These constraints set the grounds for a conceptual path of two opposite building typologies unified by a common structural system and building materials – the north is part of the city while the south is engaged with the garden.

The South Pavilion is a low cropped building which hosts kindergarden classrooms and a small administrative and teachers space. Its concave and organically shaped facades result from the location of some large existing trees and a set of new trees to be introduced, seeking to define an environment of symbiosis between building and nature. The roof is a vertical extension of the garden, increasing considerably the limited area of the playground.

The Northern Building is a longitudinal urban building, with four floors above ground, housing the main program of the school – Primary Education, 1st and 2nd cycles, and all common areas of the school. The last floor is a large open space, a multipurpose room for bigger events, gymnasium and indoors playground.

Wood was selected at an early stage as its main structural and internal finishing material due to the pedagogic inherent message of its sustainable impact on nature, its warm atmosphere and the speed of construction – we had one year to think and build this school. 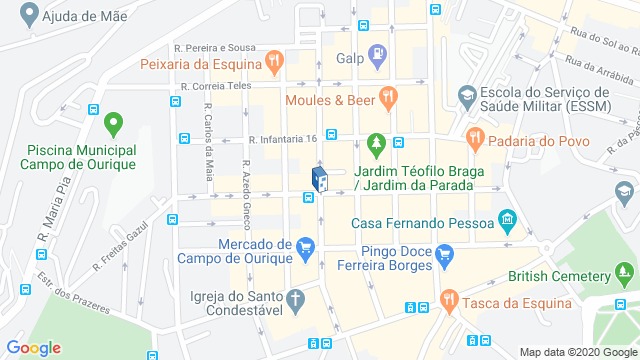 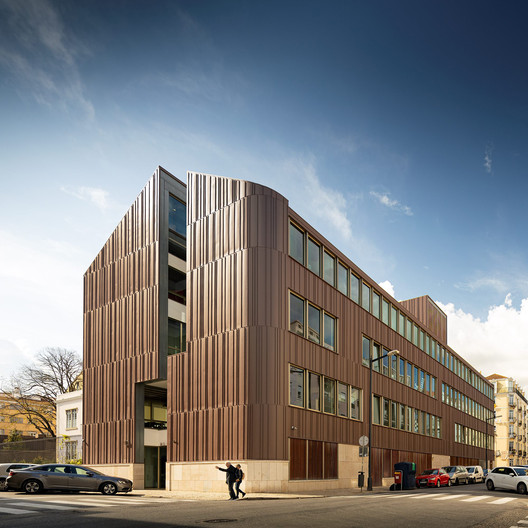