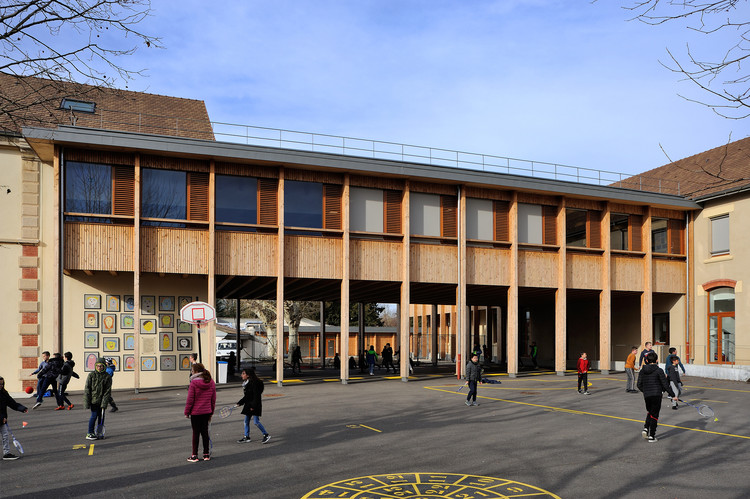 Text description provided by the architects. In the heart of the village of Grand Lemps, between 2 adobe heritage buildings installed at right angles around a courtyard, we designed a bridge building, seeking to connect, organize, protect. As a fashion designer would dare his fabric, carefully, choosing the right thread, we mended a distended fabric.

Taking freedom from the program by seeking to optimize existing volumes rather than building new on a heterogeneous site, we chose to minimize the built areas in favor of the open ground capable of infiltrating, preserving land for a future extension, to preserve the plane trees of the courtyard, to enhance the built heritage and to deal with the already there, with frugality.

A resumption of outdoor spaces offering vegetable gardens to the west and public square to the east in connection with the street has made it possible to secure the flows of students and anchor the restructured and extended buildings in the center of the town The capacity of the school group is thus 15 classes, with a multipurpose room, a library, an activity room and administrative premises.

Between the North wing and the preserved South wing, a bridge volume, all in wood, offers 3 additional classes oriented to the east. This articulation makes it possible to connect the interior circulations serving the classes, to cover a covered courtyard in connection with the courtyard.

A structure in glued laminated douglas wood gantry makes it possible to cross the 10 meters range preserving the covered playground from any load point. The posts, legible on the front, allow to decline a rhythm of systematic and repetitive joinery. The opening parts are fitted with screens to ventilate at night in complete safety. A wooden floor and compression screed participates in the general structure of the volume at the low and high level. The high floor is covered with vegetation.

In the existing building, the volume of the attic of the south building is invested to create the library and enhance the existing framework. A wooden concrete joint floor has been created to support operating costs. An underlay on the ground floor of the existing south wing makes it possible to organize the multipurpose room. It can be accessed independently via the south forecourt newly created as part of the project. The arched arches of terracotta brick have been enhanced, the adobe walls have been whitewashed, the exterior joinery has been changed in favor of larch wood frames identical to those of the extension.

A thermal renovation by interior insulation coupled with a replacement of old boilers against a single one using wood contributes to the overall coherence of the valuation of the existing building. 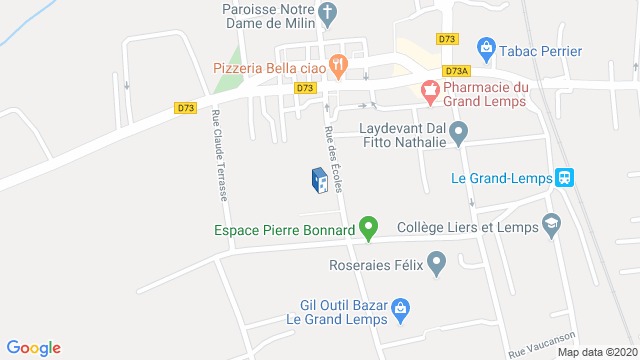 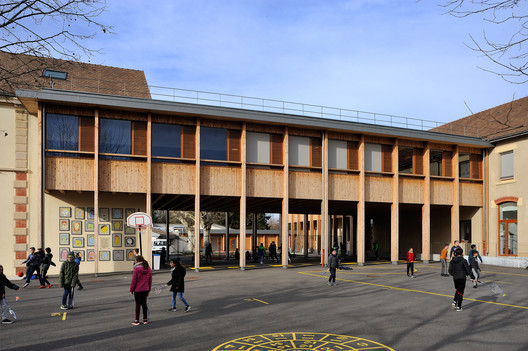