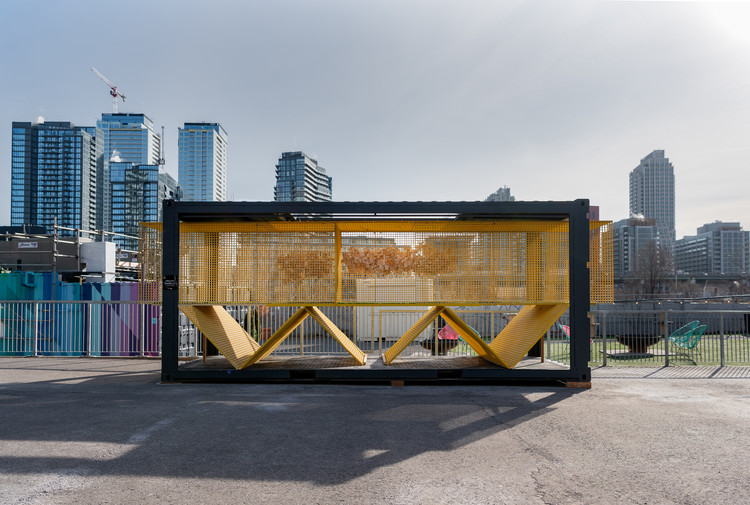 ‘Stackt Summer’ by StudioAC was commissioned as part of DesignTO, Canada’s largest annual design festival. The location for the piece is a courtyard located at Stackt Market which is a complex of shops, restaurants and services in downtown Toronto entirely built of shipping containers.

Acknowledging the temporality of installations like this StudioAC conceptualized a piece that utilized components from two previous installations from the past year thus producing no waste as all components are intended to be used moving forward on future pieces. One a shipping container donated by Giant Containers and the other a series of industrial grating panels. For ‘Stackt Summer’ the idea was to create an object of desire that in the cold winter courtyard would reference an abstraction of summer. A visual sense of warmth produced by orientation, colour, texture and lighting.

The container acts as a skeletal frame that presents the structural base for the piece and a nod to the shipping container context the piece sits within. Then a series of industrial grating panels are bolted together requiring no cutting and installation in one day. While these panels are most often used in industrial contexts StudioAC noticed an inherent aesthetic beauty when elevated to more sculptural forms. As the material itself has self-supporting structural characteristics in specific orientations a scheme that used these attributes was conceived so no other primary or secondary structure is required.

Once the yellow armature was conceived StudioAC placed two simple additions to the interior to toy with the idea of summer in the middle of winter. Astroturf was added to the ‘floor’ and a floating sculpture that is comprised of a series of miniature Muskoka (Adirondack) chairs which are an iconic symbol of relaxation and warmer days in the region. 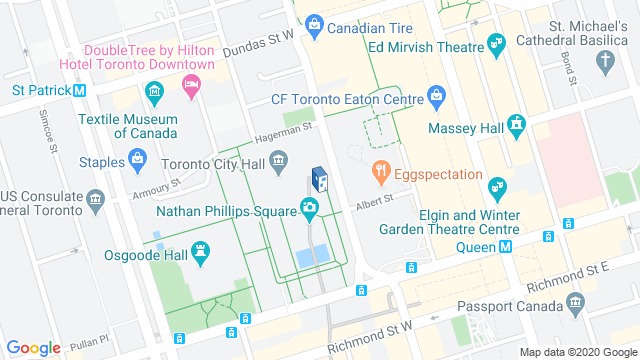 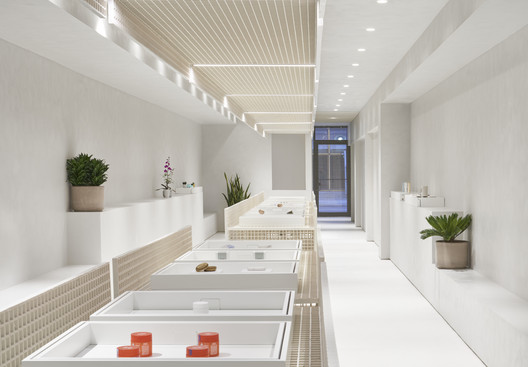