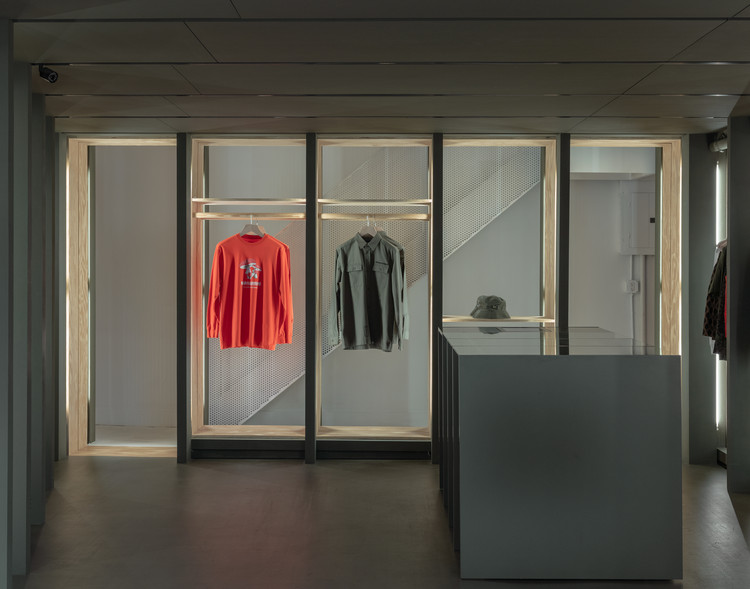 The two level store is a building-within-a-building: the project preserves the space’s historic details by placing the new shop inside the existing interior, floating within it. “We left the existing space, with its historic façade and ceiling — as a found condition,” says architect Gerald Bodziak. “This highlights, by contrast, the new, olive green shop inserted within."

A grid of wood cabinetry defines the insertion, marking out two levels: halfway through the space, a mezzanine levitates above the shop, creating an intimate room upstairs. This doubling (above/below; within/without) is a prominent theme inspired by maharishi’s perennial dualistic play with East/West, Nature/Technology, and Camouflage/Hi-Vis.

The design of the store takes cues from formal Japanese gardens and military supply warehouses as well as historic shops of New York City — many of which were lined with cabinetry from floor to ceiling. Mirrors give the space visual depth as well as allow for views of the clothing from both sides; where mirrors are not present, the cabinetry is built to have a physical double.

The military olive green painted cabinetry is lined with pine plywood, left raw to expose natural graining that shares characteristics with the disruptive-patterning of camouflage that maharishi is known for. “In this way,” says architect Emily Abruzzo, “something straightforward — warehouse-like shelving — is imbued with character much in the same way that the brand’s clothing reinterprets utility.”

Each section of cabinetry is fitted with a Japanese custom-woven stand cotton, which can be rolled down to convert from display to storage. “Each material,” says Abruzzo, “defines the multi-layered space: the historical layer gives way to the new cabinetry grid, which then gains additional depth with mirrors; the addition of a rolling textile softens the grid, which is then completed by the clothing.” 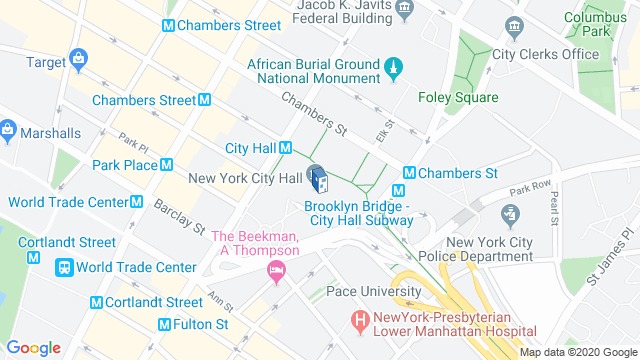