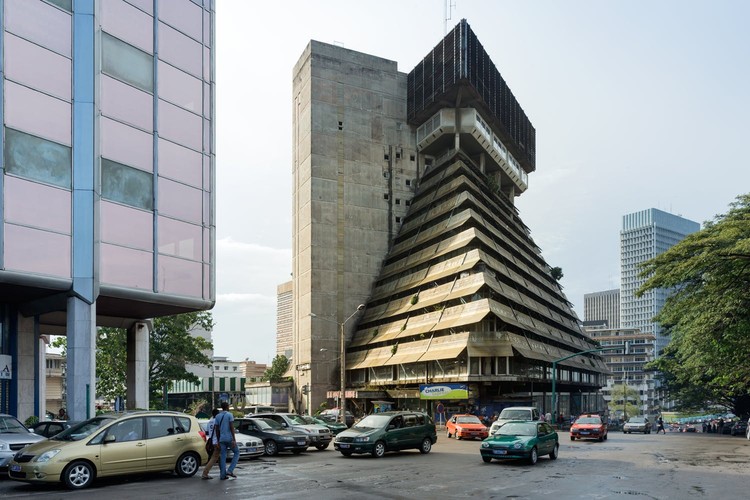 The Ivory Coast continues to balance its culture with economy. From the capital port city of Abidjan to the more rural settlements, the country became one of the most prosperous of the West African states. Just as the 1960s and 70s were a period for experimental architecture in Africa, they also produced new architecture in Côte d'Ivoire. Modern architecture boomed after the country’s independence in 1960. Then, following ties to France and a history of cocoa production, the country was transformed by the military coup of 1999 and two subsequent civil wars.

Today, the country’s built environment is defined by both a history of experimentation and a larger cultural confluence. The construction sector is booming again and the country is creating both private and public projects. The following roundup explores some of these recent projects and more historic work from Côte d'Ivoire’s original building boom almost half a century ago.

Koffi & Diabaté were inspired by light, space, air for this project. The Bamboo Pavilion was created as a house that blended with the environment while retaining a sense of modernity. Key features of the pavilion are the use of bamboo from Assinie-Mafia for the house fence and the fact that the house can become an open space, due to the integration of glass slide doors used as walls all around the house.

Nestled between palm trees and tropical plants, this Le Corbusier inspired home had retained its appeal despite waterproofing and conservation problems. Paola Bagna directed a renovation of the home, transforming it into a boutique hotel of 17 rooms including a reception area, restaurant, meeting rooms/event space, bar, wellness area, indoor and outdoor lounges, and a swimming pool.

This new structure includes a ground floor that is a more opaque and intimate block. On the 2nd floor, the façade is made of perforated sheet metal and has two primary uses. It provides passive protection from direct sunlight and ensures thermal comfort through natural ventilation. The almost constant temperature of the sports hall, the true "lung of the project", makes it so air conditioning isn’t needed.

Designed by Israeli architects Heinz Fenchel and Thomas Leitersdorf, the striking white tower of the Hotel Ivoire in Abidjan was completed between 1962-70. The Hotel Ivoire remains one of the most recognizable buildings in Abidjan. It is the only five-star hotel and conference center in the economic capital.

The Assinie-Mafia Church by Koffi & Diabaté

The goal for the Assinie-Mafia Church was to go beyond the traditional and create a building in conformity with religious norms that was still modern and reflective of the spirit of the city. The team created a building structure with both simple and intricate design details, with an emphasis put on natural ventilation. The project was built as a part of the firm’s community project initiatives with the help of local residents.

Until 2015, the Swiss Confederation was represented in Côte d’Ivoire by an embassy located in Abidjan’s Plateau district, in an upper story of an office building. And then in 2013 the Office Fédéral des Constructions et de la Logistique (OFCL – Swiss Federal Office for Buildings and Logistics) decided to acquire the former residence of the Norwegian ambassador in the city’s Cocody district, planning to renovate and extend the existing building in order to house its new embassy there.

La Pyramide was designed by the Italian architect Rinaldo Olivieri, and it was built between 1970 and 1973. The tower is considered a highlight of African modernism in architecture, a concrete pyramid with horizontal balconies resting upon on a cubic pillar. The building housed expats and other Abidjan elite in the body of the pyramid, while the ground floor was reserved for commercial purposes.