Save
9 Innovative Practices Redefining What Architects Can Be

With that in mind, we have compiled nine examples of networks, groups, collectives, and offices that represent different professional experiences that depart from conventional architectural practice. These examples seek to break predefined notions of what an architect is, how they work, where they work, and who they work with. Offering an architectural ethos reflective of issues like decolonization, feminism, homosexuality, and antiracism; the groups below challenge the hegemonic practices and disciplinary conventions in the architectural field through the study of the local and social complexity. The list further demonstrates how engaging in societal flows goes beyond the conventional design of a medium-size building, and intersects research, methods, experiments, participation, and diffusion of professional, regional and social edges.

Matri-Archi(tecture) seek to empower African women in the design and writing fields. The network is supplied by content related to architectural, political, and identity issues, with the aim of including not only African woman, but all people that reflect the African sense of place and being.

FuturePlus is an informal academy that integrates research, development, education and practice in China’s urban and rural areas. It combines critical, design and systematic thinking to research “urban-rural planning” – using alternative planning and construction methods to improve the quality of rural and urban life. The group is formed of students, professionals, managers, and enthusiasts that are willing to leave their comfort zone and are committed to improving our future quality of living.

This non-profit entity has been operating since 2011 in Medellín in the fields of architecture, design and cultural production, seeking to propagate critical positions and actions for the problems of space and the city. The multidisciplinary work manifests through conversations, workshops, neighborhood meetings, and community gatherings, forming a network of collective spaces on a neighborhood scale. The team is made up of architects, designers, communicators, and restless citizens, constructing collaborative circuits that allow them to explore professional and spatial limits.

This collective works in a transdisciplinary way to structure a “dwelling with more purpose”. The objective is to create spaces allied to its inhabitants through a participatory methodology, organized in workshops, projects and construction. The “on-demand construction” takes place with the support of future inhabitants, using drawings, physical models, digital mockups, and other expressive tools, ensuring the office proposals do not become a mere byproduct of an automatic and functionalist way of life.

The Funambulist is a platform and magazine that engages with the politics of space and bodies. The aim is to establish a space where activist/academic/practitioner voices can meet and build connections across geographical areas. The magazine archive is constantly supplied by articles, interviews, artworks and design projects as a way to strengthen anticolonial, antiracist, LGBTQ, and feminist struggles. The print and online magazine is published every two months and operates in parallel with an open-access podcast and a blog.

Anupama Kundoo, founder of the architecture Indian office of the same name, seeks the production of an architecture that has low environmental impact and is appropriate to the socio-economic context through material research and experimentation. The work is based on research that the architect developed through her career about rapid urbanization and materials applied to design and urban planning projects.

The collective began in 2008 and is composed of architects, designers and enthusiasts from different academic and disciplinary areas. The group functions as an open, malleable and symbiotic system; with a multidisciplinary nature allowing it to approach the integral management of work at different scales and perspectives.

The design and creative process of Al Borde is based on the involvement of the community in all phases of planning and construction, allied to the “systematic exploration of the local context”. The members believe that the strength of a project lies in the ultimate autonomy of its users.

The W.H.Y Project supports women in the architecture field through the development of monitoring mutual relations. The abbreviation stands for “We Hear You,” the vision of architect Kirsty Ronne that, through the network, promotes debate, discussion, lectures and projects about women in architecture. 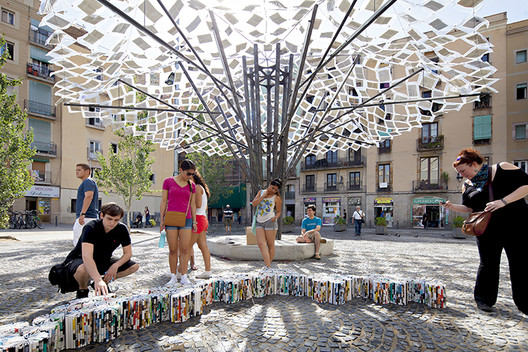