A lot can change in a city within one year; from demolitions, to reconstructions and project completions, a city's urban fabric is constantly being altered. During the past 4 years, Chilean architect and photographer Francisco Ibáñez Hantke of Estudio Ibanez has put together a photo-series titled Non-Structures, which focuses on London's urban regeneration and transformation and captures its various moments of ruins, planning, process, and eventually, complete architecture. 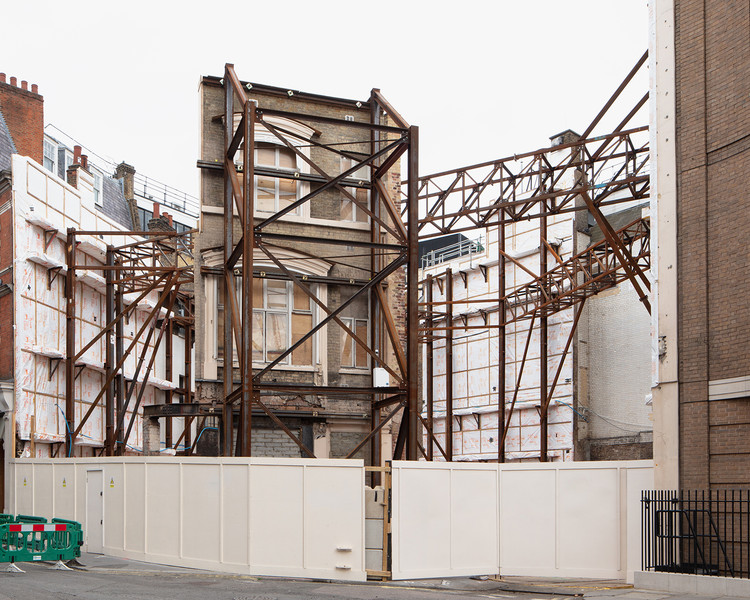 I began this photographic series upon arrival in London. Coming from a sizable city like Santiago, Chile, I was not surprised by its scale or intensity, but by its physical speed of transformation. I decided to undertake photographic research addressing construction and urban regeneration, using both eye and lens to investigate London culture, people, history and its future via the transformation of the city’s buildings. I describe my approach as one of working through the collective memories of a city for which I have no personal memory, and of documenting the archaeological remains of transformed areas to which I have no emotional attachment. - Francisco Ibáñez Hantke

I can’t avoid looking at buildings and giving them personalities. While being transformed, buildings seem fragile and exposed - having an unavoidable honesty in contrast to the early settled maturity of finished buildings. The radical gestures behind the non-structures reveal a story behind their transformation, a narrative that describes the culture shaping the city. - Francisco Ibáñez Hantke 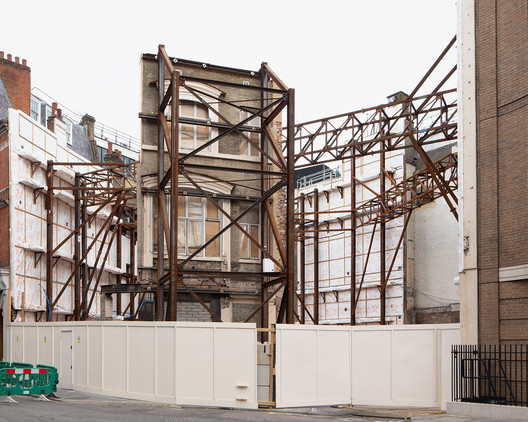