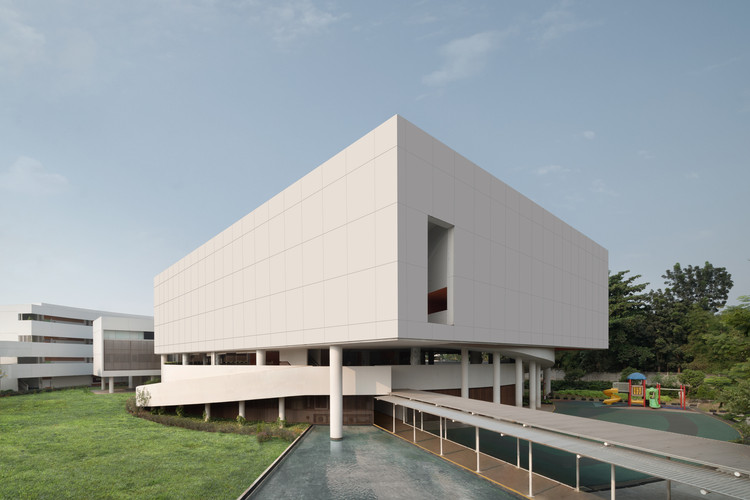 Text description provided by the architects. Defined largely by its circular form, Binus School is an educationalcomplex as a part of Vida Bekasi, a 140 Ha township development in Bekasi, one hour south of Jakarta,notable with its trade, business and processing industries. The outer circular block of the building mainly contains row of classes, library, lecture halls as well as roof garden.

Conversely the rectangular blocks in the perimeter’s core serves as the main public facilities including administration, teacher rooms, sports arena and auditorium.

The array of classrooms frames and signifies exclusively the core massing, intermediated only by variation of crossings and flows of dramatic landscape. The proportioned classrooms progressed more dynamic throughout a continuous promenade based on a chain of corridors.

A walk through the curved corridors not only unfolds a panorama of the site’s inner landscape but also gives chance for students to revolve around the campus easily within a certain exposure to social interactions. In other hand, the core building signifies the heart of the school and reflects a symbol of unity among the distributed classroom units.

The building is certainly formal in the sense that of its basic geometric values, but it responds its surrounding context. The perimeter is a solution to enclose the inner landscape from the region’s industrial tone, creating a protection that brought nature within it walls.

Another seclusion attributed to each of the classroom blocks, whereas the given units provide blank façade outwardly and let openings exposed from its sides. Binus School is designed in a simplistic form to emphasizeits resilience in a tough climate while integrating nature and social devices into a highly organized institution. 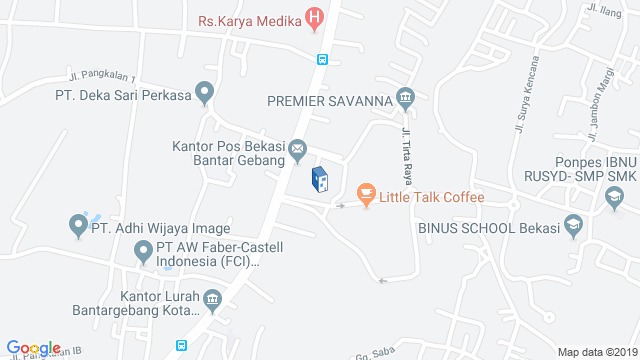 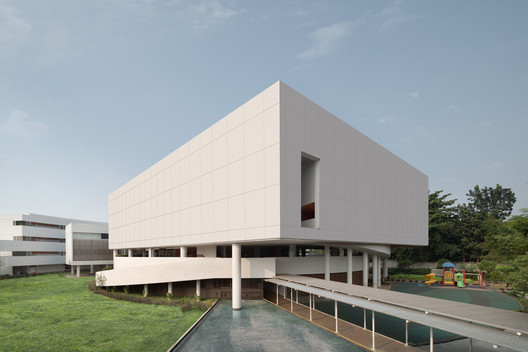