The six shortlisted concepts for the National Pulse Memorial & Museum will be on display at the Orange County Regional History Center where people can view and comment on the schemes, helping the jury choose the winning proposal, to be announced on October 30.

The competition for the National Pulse Memorial & Museum, organized by onePULSE Foundation, aims to create a project that “honors and preserves the legacy of the 49 killed and all those affected by the nightclub tragedy.” Launched in March 2019, and led by led by Dovetail Design Strategists, the components of the contest were selected based on the community’s feedback. The project will be composed of a memorial that honors everyone that was affected by the tragedy, a museum that “will educate, enlighten, inspire reflection and rumination, and start conversations that will change mindsets” and finally a survivors' walk that will trace the journey taken by many victims and first responders the night of the disaster.

Community involvement and engagement is at the core of everything we do. We invite the public to view the concept designs and share their feedback because their voice is essential in helping select the winning team […] The concept design viewing marks the next major milestone in the creation of the National Pulse Memorial & Museum, which will honor the 49 lives taken and pay tribute to all those impacted by the tragedy while ensuring that future generations never forget. -- Barbara Poma, onePULSE Foundation CEO.

Read on to discover the six shortlisted teams and images of their proposals. 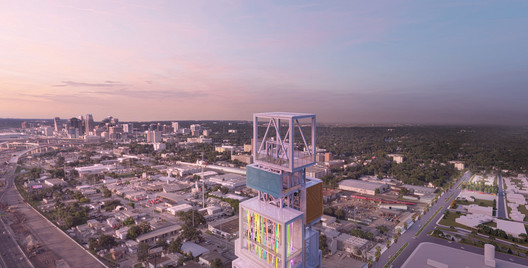