The Latvian city of Riga, the largest between the three Baltic states, is undergoing a cultural and urban renaissance. The city's pedestrian-only Old Town is a UNESCO World Heritage Site with several museums, cultural centers, and restaurants, attracting thousands of new visitors every year. 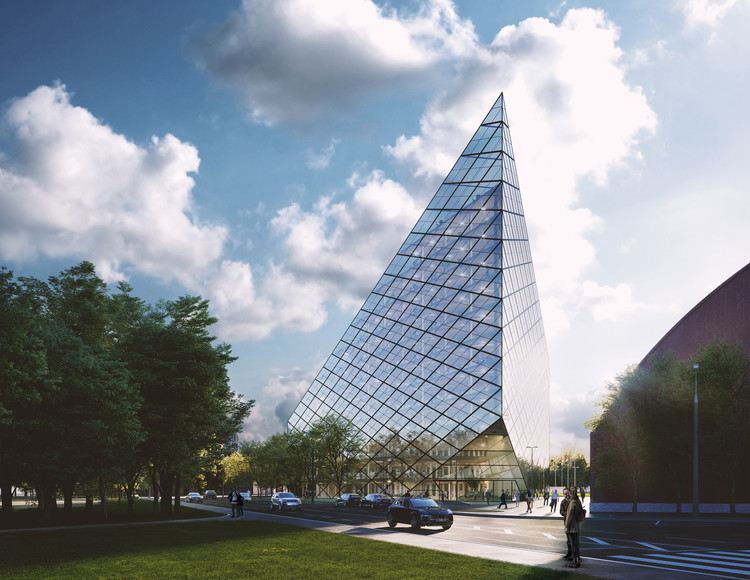 The 18,000 square meter project, which is estimated to cost almost €25 million, will occupy a triangular plot near the Skonto football stadium and the historic Riga Fire Station. The development's design will feature a "spire" inspired by the city’s historic skyline and surroundings, a public terrace overlooking the stadium and Old Town, a public piazza, glulam beam structures, and a glazed façade to represent traditional Latvian patterns and embroidery.

In keeping with Riga’s recent cultural and urban regeneration, this project presented a unique opportunity to design an impressive contemporary building that blends the historic traditions of this beautiful city with 21st century architecture. - Anton Khmelnitskiy, founder of AI Studio

The architecture studio followed an environmental-approach with the design, creating a hybrid structure of steel, timber, and prefabricated concrete slabs, aiming to reduce the environmental impact.