Save
What is Coworking and How Has It Transformed Work Spaces in Recent Years?
Presented by 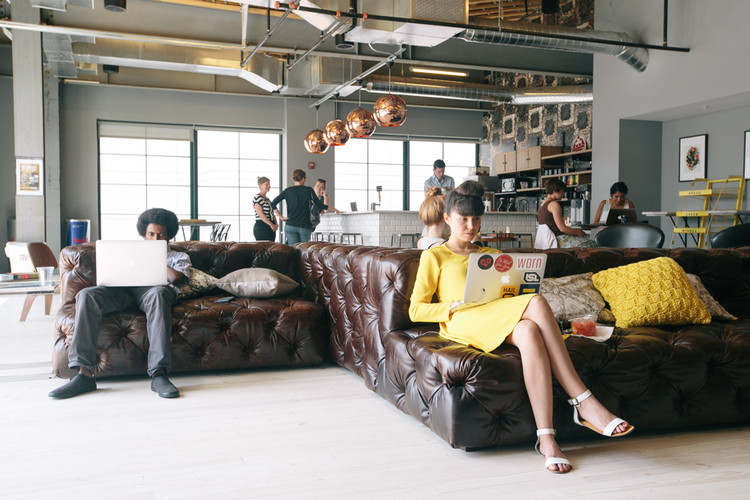 Recent years have seen a dramatic transformation in population distribution: today, more than half of the world's population now lives in cities. In parallel fashion, housing and work spaces have all increasingly embraced the communal, resembling the impulse toward public spaces in new cities.

In 2015, as part of this trend, there occurred a huge boom in coworking spaces. Coworking spaces are a type of shared office that generally involve an open environment (although some companies offer closed offices), located either in high-rises or old sites reconfigured for these new ways of living.

According to the Statista website, there were 18,700 coworking spaces operating worldwide in 2018, a number that is expected to reach 22,400 by the end of 2019. It was additionally recorded that the region with the most coworking spaces was Asia Pacific (including India), with 11,592 spaces, followed by Europe, the Middle East, and finally Africa, with 6,850 spaces.

One of the largest coworking companies is WeWork - founded in 2010 - which in recent years has shown an interest not only in work spaces, but in interior design and urban organization. These impulses gained strength in May 2018, when Bjarke Ingels – world-renowned architect and founder of the BIG firm – was announced as the new WeWork chief architect. Months later, Mexican architect Michel Rojkind became the new senior vice president of the architecture office.

There are other similar companies that study this new urban phenomenon: such is the case of Regus, a European company founded in 1989 that operates in 120 countries and 900 cities (mainly in the United States).

These new spaces benefit a community of professionals including entrepreneurs, freelancers, and small businesses that require spaces at affordable prices where there is the possibility of networking with other professionals. These cooperative work environments require shared spaces and resources such as high speed internet, desks, chairs, lamps, filing cabinets, printers, copiers, kitchens, and telephone booths in strategic areas of the city.

The coworking space, therefore, is destined to become a shared economy where intangible profits and interpersonal relationships are highly valued. In addition to being a design-focused space - which benefits employees psychologically - it seeks to become a center of talent and skill that connects with the city. For this purpose, WeWork has developed a kind of algorithm where the locations of these new sites are considered in combination with a number of factors: proximity to cafes, quantity of gyms and transit centers between them, etc. Here, interior design options are reduced to a "parts kit" that strategically prioritize the urban environment, which will become an increasingly essential part of modern business.