Save
What Does BuildTech Mean? 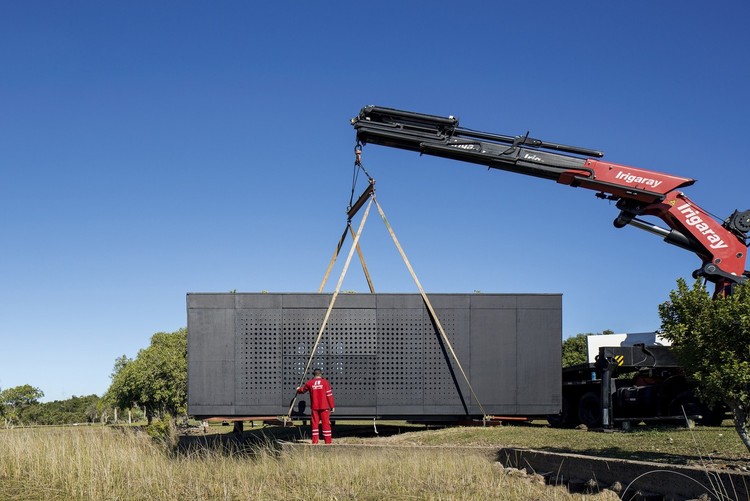 It is no coincidence that thousands of tech startups have been taking a keen interest in the industry, attracted by the high numbers and various weaknesses to attack. In fact, the term "BuildTech" was coined to create new tools and applications to improve the way companies design, plan, and execute projects, seeking to eliminate many of the problems that have affected the industry for decades. With the popularization of drones, 3D printing, laser cutting machines, and virtual and augmented reality, the trend seems to be that technology is increasingly being incorporated into the daily life of works. The main idea of BuildTech is thus to bring innovation and efficiency to the industry, improving some of the most important stages of projects and construction. The result is increased decision-making clarity, smarter resource management, and more accurate workforce control.

There are applications that make it easy to track and report security incidents on site; others allow managers to distribute alerts and safety tips to the entire workforce. Even others focus on issues related to inventory management and the tracking of raw materials. Innovation starts as early as the survey stage, with drones reaching previously impossible locations and creating accurate surveys. With the adoption of the monumental building information modeling (BIM) process, digital and remote collaboration is possible, bringing all designers to the same virtual environment and highlighting project bottlenecks. The manufacture of machined parts outside the job site can also be decided with a few clicks.

In the construction site, augmented and virtual reality can guide the construction of complex pieces, show invisible layers, or predict risk situations for both the worker and the structure itself. Robots can also replace human strength to bring production to unfriendly spaces with a greater degree of precision and safety. Balfour Beatty even predicts that "construction sites in 2050 will no longer have humans."

It's important to note that every construction is, after all, a gigantic repository of data. All relations, decisions, and successes can be a source of learning for the next. Knowing how to interpret this data and understand where to intervene is the main function of BuildTech. With it, it could be possible to remotely supervise and manage several projects at a time, while monitoring their progress with a high level of specificity. With greater input from industry technology, it is very possible to increase efficiency and lower production costs. Still very rudimentary in much of the world, it is only natural that the work will become increasingly industrialized, precise, and fast. In the coming years, no doubt, we will see a lot happening on this topic.

Editor's Note: This article was originally published on October 9, 2019.