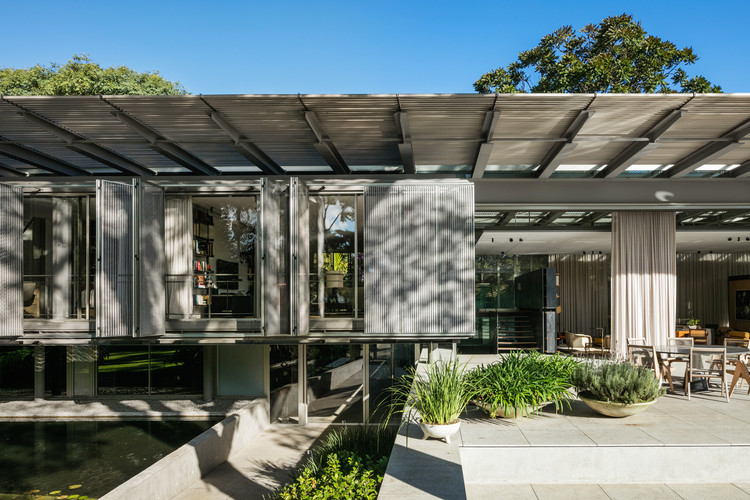 Text description provided by the architects. Designed as a linear pavilion, this residence is sited in a generous urban plot and its insertion aims to make the most of the open relationship among the built-up areas and the garden.

As an initial gesture of this site plan, it was established a wide paved platform that organizes the collective activities of the house around itself. It houses the living room, the balcony, the leisure rooms and the swimming pool.

A great roof, that hovers over this platform and also over the bulk of the most private rooms of the house, defines the covered living space. The position of this elevated roof, distinguished of the lower bulks, contributes to the characterization of a well ventilated construction, composed by elements detached from each other revealing the lightness of the set.

The constructive system adopted, composed by lightweight, transparent or translucent materials, all visible, expresses the lightness with which it desires to land on the garden and highlights the permeability and the light in the construction.