Save
What Would 6 Cities of the United States be like if Frank Lloyd Wright or Robert Moses had Designed Them?
Share
Or
Copy 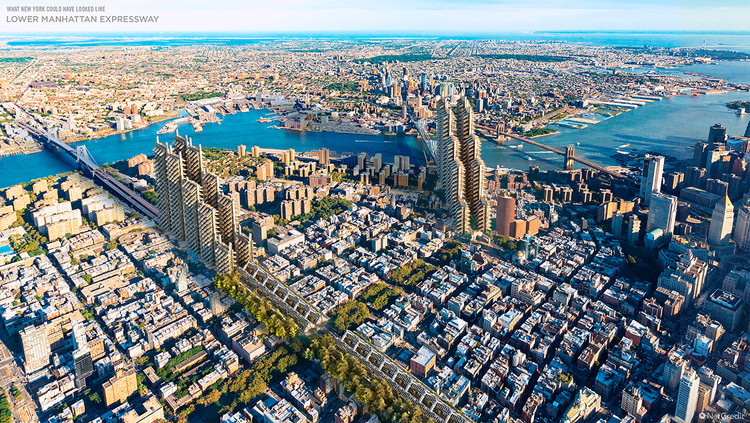 This inspired some researchers to question: how different would U.S. cities be if these projects were built? For this, NetCredit was given the task of reviewing historical archives to create an accurate representation of each unbuilt structure. They searched the archives of the Library of the Congress to uncover various urban developments that were never built in the United States. Once this list was made, their art director worked with architecture and CGI experts from Projection EC to produce the final images, which included three views of each structure to show the scale of the original plans.

Our goal was to give life to these ambitious designs so that readers could really experience how these cities might have looked in a parallel universe where a different plan was chosen.
- NetCredit

Read on to learn about some of the most ambitious projects designed by world-renowned architects and planners such as Robert Moses and Frank Lloyd Wright.

This project consists of a highway with several stepped towers on each side, cutting across Lower Manhattan through Greenwich Village and SoHo. It would have closed 800 businesses and expelled some 2,000 families from their homes, all at a cost of $72 million (about $1 billion today). However, it was never built due to widespread disapproval and, notably, intense activism from Jane Jacobs. In fact, a rock musical called BLDZR was later written about this dispute between Robert Moses and Jane Jacobs.

The Golden Gate Tidal Energy Farm transforms the Golden Gate Bridge to have desalination stations similar to silos on each pylon. The project was likely not built because the engineering feat required for the construction of a barrier where there was a constant bidirectional tidal flow was considered too complex, and because it was considered too expensive.

This project consists of a structural core with cantilevered floor plates and an insulated extruded copper curtain wall (copper screens with suspended foil). It's not known why it wasn't built, but if it had been completed, it likely would have changed Wright's career at a time when he faced many trials and tribulations in his personal and professional life such as two divorces, the burning of a house, the death of his mother, and the birth of his daughter.

The Civic Center project consists of leafy radial boulevards and 145km of urban rail. It was not built because the owners of the center feared that the development would migrate northward and because some residents feared that their neighborhoods would be razed, as were Denny Hill and the crest of Jackson Street. Bogue's plan for the center was rejected at the polls in 1912.

This project consists of different paths with terraces, Mayan Renaissance government buildings, underground roads, train tunnels, and heliports. Frank Lloyd Wright had presented his proposal to the Los Angeles Times, but was not selected. Instead, the proposal of ‘Allied Architects,' Wright's nemesis, was selected, which worked with the city's pre-existing design.

This project consists of a 428m high development with 82 floors made of glass and granite. With an estimated construction cost of $350-400 million, the project was canceled before construction began due to a lack of funds during the economic downturn. Instead, ‘Inc. Architects' won the design competition in 1982.

For more information on NetCredit visit its official website. 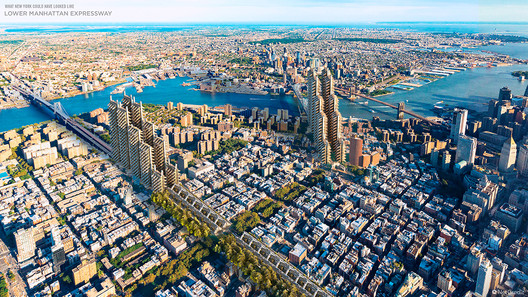