Save
REX, SOM and SHoP Among Finalists for $600m Tower in Brisbane
Share
Or
Copy

Sited in the center of Brisbane along the eastern shore of Australia, the new tower will become part of the riverfront development in the city’s CBD. Nielsen Properties owns the 3,000sq m site, which it joined from 30 Herschel Street and 205 North Quay. “As a local Brisbane developer, we’re excited to be a part of the evolution of the North Quarter as it becomes a vibrant hub bolstered by outstanding connectivity to Brisbane’s CBD and premium infrastructure and amenity,” Nielson Properties director Ross Nielson said.

The shortlisted teams are:

Adrian Pozzo, CEO of Cbus Property, said that, "The calibre of expression-of-interest submissions received from architects were of the highest quality, attracting both local and international interest and making the partnership’s analysis and decision-making process difficult. 205 North Quay is a major ­riverfront CBD site, ideally located to capitalize on the major infrastructure projects nearby such as the recently announced Roma Street Station, Brisbane Metro, Cross River Rail and Brisbane Live."

The winning team is expected to be appointed in September, and the project is slated for completion in 2023. 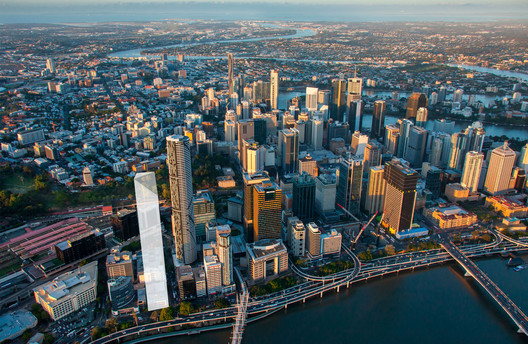