JDS Architects have won the competition to design a new residential tower and mixed-use development in France. Located in Rennes, the project will include new buildings on the Blériot-Féval site to generate an inclusive neighborhood within the Eurorennes development. As the master plan's geographic centerpiece, the new Féval Tower will offer 188 new apartments to the city. 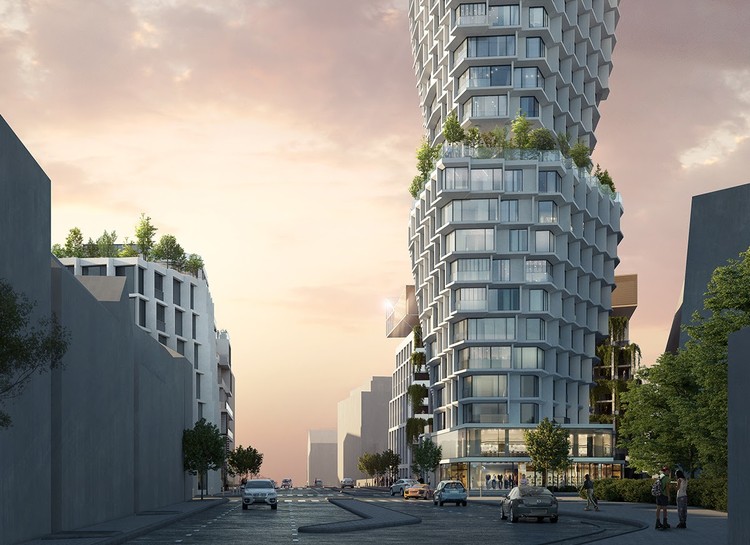 The new Rennes development is located next to a newly inaugurated station. The city’s new express train connections have cut travel times to its neighbors and the capital by nearly half, encouraging new business development in Brittany’s epicentre. Samsic has set to relocate its headquarters to the Blériot-Féval site and steer its development, in collaboration with the developers from Bati-Armor and Rennes Municipality’s agencies. The site is divided in 4 plots and coordinated by JDSA in collaboration with local architects Maurer & Gilbert and Paris offices SMAC and Think Tank.

The new project promotes density as a response to urban sprawl. The tower proposal manipulates the master plan's density to propose the ground level as a stepped public space that invites the pedestrian to climb its base. Various commercial programs will be included in this base, and the residential program will rise from level three, where the tower is most slender. Designed to resonate with the heritage of Rennes, the tower thickens as it climbs upwards, finally reaching maximum width on level 10. Here, a community park breaks up the form and welcomes the building’s residents to a panoramic view of the city’s skyline. The building then resumes its ascension and profile all the way to its 27th floor, offering 188 new homes to the residents of Rennes. 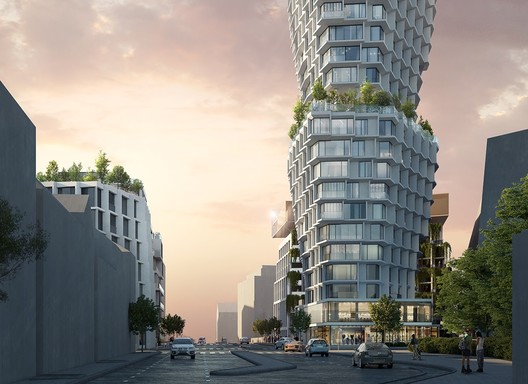