Save
Notre-Dame Must be Restored Exactly How it Was, Declares French Senate
Share
Or
Copy

The law will ensure the cathedral is fully restored in time for the Paris Olympics in 2024, but requires the cathedral be restored to its “last known visual state.” This is in opposition to French president Emmanuel Macron’s call for “an inventive reconstruction.” In the aftermath of the fire, the Prime Minister of France announced an international competition for the redesign of the roofline.

One month after the fire, the architectural community has generated a bounty of responses focusing on the future of the landmark. While some have taken the opportunity to re-imagine the purpose of the monument, from urban farming to recreational parkland, others have focused on sensitive restoration. You can learn more from our recent roundup of ideas.

A separate competition was also launched by GoArchitect, seeking public ideas for the cathedral’s future. Reacting to the latest news, GoArchitect CEO Joshua Sanabria said “It would be a terrible loss to the democracy of design if the French Senate closes the door to the debate and exploration of the future of Notre-Dame Cathedral. As we all know, Notre-Dame is more than a building, it is a witness to history and a monument that has impacted generations. Notre-Dame was a cathedral for the people, and its future should be influenced by the people. They may choose to restore it exactly as it was or they may choose something else, the important part is that they are given a chance to decide. The French Senate’s actions seem to suppress this opportunity.”

“Regardless of what is decided in France, GoArchitect will continue The People's Notre-Dame Cathedral Design Competition. Perhaps, now more as a rebellious response to the French Senate. We want a healthy debate and invite designers from around the world to participate at DesignNotreDame.com" he continued.

News via: The Local 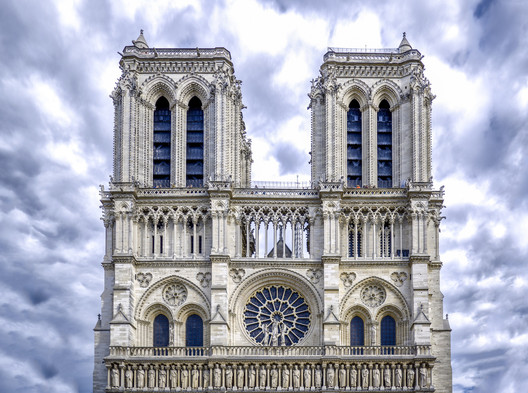