Seoul City Machine is a city symphony from the urban landscape of tomorrow. Narrated and scripted by an AI chatbot trained on smart city data sets the film is a love letter from the City Operating System to the citizens it affectionately manages. The film is a portrait of a city where machines and technology are now the dominant inhabitants of space. Here the eyes of the city are numerous and we are endlessly scanned by its countless sensors, lasers, cameras and satellites in order to feed the data models and optimize our experience. Our guide to the city is the disembodied voice of its urban management software. The script and dialogue have been generated through a conversation with a real artificially intelligent chatbot. We listen as the city machine voices its own creation story and introduces itself to its citizens.

The film is an abstract sequence of vignettes, fragments and moments of a future Seoul, a city in which all of the hopes and dreams, fears and wonders of emerging technologies have come true. Using contemporary Seoul as a visual backdrop the present-day city is overlaid with cinematic visual effects to depict an autonomous world of machines where the sky is filled with drones, cars are driverless, the street is draped in augmented reality and everyone is connected to everything.

For all of their history, the machines around us have stood silent, but when the city acquires the ability to see, to listen and to talk back to us, what might constitute a meaningful reciprocal interaction? Is it possible to have a productive dialogue with an autonomous shipping crane loading containers into the hull of a ship at a Chinese mega port; or, how do we ask a question of a warehouse filled with a million objects or talk to a city managing itself based on aggregated data sets from an infinite network of media feeds? Consumer-facing AIs like Amazon’s Alexa, Microsoft’s Cortana, Google Assistant or Apple’s Siri repeat biases and forms of interactions which are a legacy of human to human relationships. If you ask Microsoft’s personal digital assistant Cortana if she is a woman she replies “Well, technically I'm a cloud of infinitesimal data computation.” It is unclear if Cortana is a she or an it or a they. Deborah Harrison, the lead writer for Cortana, uses the pronoun she when referring to Cortana but is also explicit in stating that this does not mean she is female, or that she is human or that a gender construct could even apply in this context. “We are very clear that Cortana is not only not a person, but there is no overlay of personhood that we ascribe, with the exception of the gender pronoun,” Harrison explains. “We felt that ‘it’ was going to convey something impersonal and while we didn’t want Cortana to be thought of as human, we don’t want her to be impersonal or feel unfamiliar either.”

The personalities of machines like these may seem innocuous, just novel interfaces through which to open an app, set a reminder or operate our devices while we have dirty hands but the assumptions and decisions that underpin these AI characters will form the foundation for generations of autonomous technologies to follow. How we engage with these artificial bits of intelligence is shaping our expectations for the next generation of human-machine interactions. “I have the deepest respect for humans, you invented calculus…and milkshakes,” says Cortana. Do we need to become fluent in C++ or the mechanics of machine vision in order to have a productive conversation with our city? How might we develop new forms of empathy or understanding with our technologies through alternative protocols of machine native interactions? The purpose of these questions is not to explore whether or not these early forms of computational intelligence constitute any kind of sentience but rather, as our technology companies race to bring more and more natural AIs to market, the question of how we design and interact with machines and how they might behave when we do is increasingly significant. Machines don’t see or understand the world as we do yet we insist on trying to push our interfaces with them through the forms of language and vision that we associate with ourselves. Perhaps what we should be doing is looking at how, at these early stages, we can be prototyping new modalities of communication. The future of AI is not natural conversations with latex skinned, humanoid-shaped robots, but rather its complex relationships with driverless cars, mirrored black rectangles, giant infrastructural objects and planetary scaled logistical systems.

An extended version of this text can be found in “I’m a cloud of infinitesimal data computation”: When Machines Talk Back, by Liam Young, from Machine Landscapes: Architecture of the Post Anthropocene, edited by Liam Young, Architectural Design Special Issue 89:1, January/February 2019.

Liam Young is a speculative architect who operates in the spaces between design, fiction, and futures. He is a cofounder of Tomorrow’s Thoughts Today, an urban futures think tank, exploring the local and global implications of new technologies, and Unknown Fields, a nomadic research studio that travels on expeditions to chronicle these emerging conditions as they occur on the ground. He has been acclaimed in both mainstream and architectural media, including the BBC, NBC, Wired, Guardian, Time, and Dazed and Confused; is a BAFTA-nominated producer; and has had his work collected by institutions such as the Metropolitan Museum of Art, the Victoria and Albert Museum and MAAS in Sydney. He has taught internationally at the Architectural Association and Princeton University and now runs the ground-breaking MA in Fiction and Entertainment at Sci-Arc in Los Angeles. He is the editor of the recent book Machine Landscapes: Architectures of the post Anthropocene, and with Unknown Fields has published the book series Tales from the Dark Side of the City. Liam's narrative approach sits between documentary and fiction as he focuses on projects that aim to reveal the invisible connections and systems that make the modern world work. Liam now manages his time between exploring distant landscapes and prototyping the future worlds he extrapolates from them. 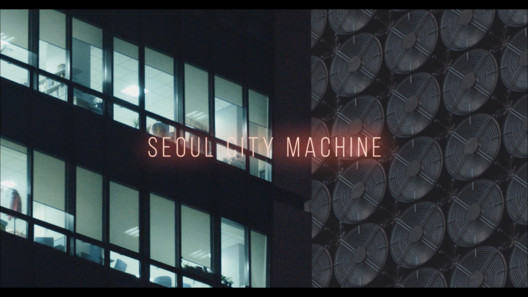