What happens when the sensor-imbued city acquires the ability to see – almost as if it had eyes? Ahead of the 2019 Shenzhen Biennale of Urbanism\Architecture (UABB), ArchDaily is working with the curators of the "Eyes of the City" section at UABB 2019 to set up a discussion on how new technologies - and Artificial Intelligence in particular - might impact architecture and urban life. Here you can read the “Eyes of the City” curatorial statement by Carlo Ratti, Politecnico di Torino, and SCUT. If you are interested in taking part in the exhibition at UABB 2019, submit your proposal to the “Eyes of the City” open call until May 31st, 2019: www.eyesofthecity.net

Comparisons, transpositions and metaphors can be misleading if one does not unpack carefully their point of departure. The notion that the digital age introduces us to a new regime of "eyes on the street", an expression famously coined by Jane Jacobs, requires understanding exactly what the author of The Death and Life of Great American Cities implied when she used it. For Jane Jacobs, the active presence of city dwellers in the street, their unconscious or conscious monitoring of what was going on in their immediate surroundings was the best way to ensure public safety. "The public peace — the sidewalk and the street peace— of cities is not kept primarily by the police, necessary as police are. It is kept primarily by an intricate, almost unconscious, network of voluntary controls and standards among the people themselves, and enforced by the people themselves," wrote Jane Jacobs.

When trying to transpose this intuition to the digital age, one should probably keep in mind a few important things. First and foremost, the surveillance exerted by citizens is irreducible to the top-down monitoring of the police of any other overarching authority. The risk with a formula such as "the eyes of the city" is precisely to imply the intervention of such an authority. How not to be reminded on this matter of the last film of Austrian-German-American director Fritz Lang, The Thousand Eyes of Dr. Mabuse? In this 1960 movie, Lang imagines a place that enables the evil Doctor Mabuse to spy on everybody. A dystopian take on "the eyes of the city" would be to imagine a universal surveillance through the use of sensors, meters and geolocation, which would be detrimental to individual freedom. From such a perspective, the control or operations room that fascinates so many of advocates of the "smart city" would appear as the inheritor of the hidden room from which Mabuse watches everything that is going on. Nothing could be actually further from what Jane Jacobs was referring to: a decentralized and spontaneous watchfulness. No Big Brother effect, rather a swarm condition, this "intricate, almost unconscious network of voluntary controls and standards" that constitutes the foundation of true citizenship.

A difficult issue immediately arises. Who or rather which kind of collective entity is watching, if vision is not the monopoly of the police and other institutions and companies? The difficulty doubles as soon as one begins to take into account the rising agency of algorithms and the rapid development of artificial intelligence. Beyond human groups and communities, as we know them, beyond even the new and disconcerting forms that they are taking in the age of social networks, we have to imagine collectives constituted by humans and non-humans both invested with deliberative powers. In a few years from now, our streets will be for instance roamed by partially intelligent autonomous vehicles that will take part in the monitoring of what is going on. Jane Jacobs had certainly not this perspective in mind, but the extension of the city vision to artificial actors seems unavoidable. The power of metaphors lies not only in the analogies that they contribute to uncover; they enable us to grasp fundamental differences between the terms that they bring together. The eyes of the digital city are certainly not a mere transposition of the eyes on the street. What both have however in common is a distributed and thus deeply spatialized condition, which makes them irreducible to any kind of centralized Big Brother vision.

Returning again to the "intricate, almost unconscious network of voluntary controls and standards" evoked by Jane Jacobs, let us finally insist of the word standards, in other words on the existence of underlying and shared criteria of evaluation. There is not naïve, uninformed and unprejudiced vision. The gaze is always permeated by standards, or in other words codes and values. How would otherwise citizens on the street distinguish between the permissible and the unacceptable? Another way to put it is to affirm that vision is always political. The French philosopher Jacques Rancière has theorized some decisive features of this political dimension with his notion of "aesthetic regime". According to him, an aesthetic regime conditions what he calls the "distribution of the sensible", in other words, what is visible and what is invisible and to whom in a given society. Ultimately, the most fundamental question raised by the perspective of the eyes of the city may have to do with such a distribution of the sensible.

Antoine Picon is the G. Ware Travelstead Professor of the History of Architecture and Technology and Director of Research at the GSD. Trained as an engineer, architect, and historian, Picon works on the history of architectural and urban technologies from the eighteenth century to the present. He has published extensively on this subject.

Three of his recent books are dealing extensively with the question of the changes brought by the digital to buildings and cities. Digital Culture in Architecture (2010) offers a comprehensive overview of this important transition. Ornament: The Politics of Architecture and Subjectivity (2013) focuses on the "return" of ornament in digital architecture to further the investigation. Smart Cities: A Spatialised Intelligence (2015) discusses its impact on cities.

NewsArticlesShenzhenCarlo Ratti AssociatiBiennialsChinaShenzhen 2019 Bi-City Biennale
Cite: Antoine Picon. "From the "Eyes on the Street" to the "Eyes of the City"/ Antoine Picon's Response to Curatorial Statement at Shenzhen Biennial 2019" 02 May 2019. ArchDaily. Accessed . <https://www.archdaily.com/916169/from-the-eyes-on-the-street-to-the-eyes-of-the-city> ISSN 0719-8884 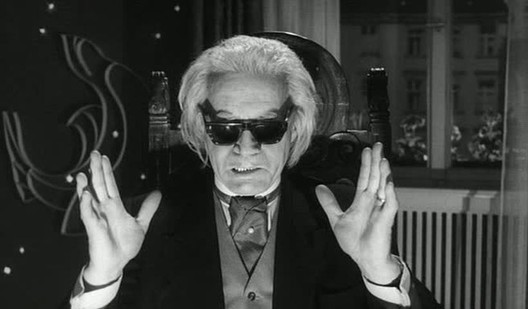