Save
When Sunlight Meets Tadao Ando’s Concrete
Share
Or
Copy 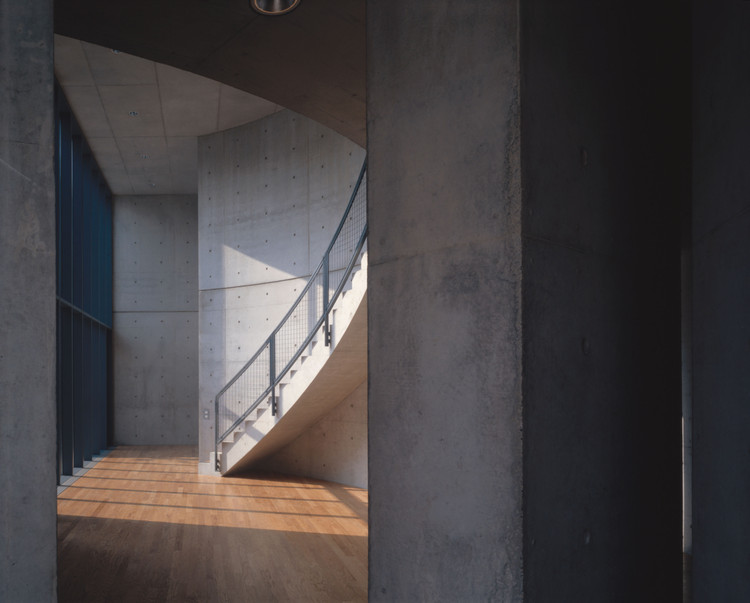 If there is any consistent factor in his work, says Pritzker-winning architect Tadao Ando, then it is the pursuit of light. Ando’s complex choreography of light fascinates most when the viewer experiences the sensitive transitions within his architecture. Sometimes walls wait calmly for the moment to reveal striking shadow patterns, and other times water reflections animate unobtrusively solid surfaces. His combination of traditional Japanese architecture with a vocabulary of modernism has contributed greatly to critical regionalism. While he is concerned with individual solutions that have a respect for local sites and contexts Ando’s famous buildings – such as the Church of the Light, Koshino House or the Water Temple – link the notion of regional identity with a modern imagining of space, material and light. Shoji walls with diffuse light are reinterpreted in the context of another culture, for instance, filtered through the lens of Rome’s ancient Pantheon, where daylight floods through an oculus. Ando’s masterly imagination culminates in planning spatial sequences of light and dark like he envisioned for the Fondation d’Art Contemporain François Pinault in Paris.

After the Second World War, Japanese citizens were prohibited from foreign tourism but the ban was lifted in 1964 enabling a 24-year-old Ando to travel to Europe the following year on the Trans-Siberian Railway. His visit to Rome, especially his experience of the Pantheon, made an intense impression on him and confirmed his decision to continue his career as an architect. Coming from a country where Jun’ichirō Tanizaki had wonderfully lauded the tradition of appreciating shadow and subtlety in his book In Praise of Shadows, the harsh beam in the Pantheon moving along the dome and floor must have appeared completely foreign. Indulging in the so glow of shoji, the famous sliding paper doors, and the softened daylight through garden and veranda had defined the gentle sensibility of his home country. In contrast, the one clear, central cut-out in the Pantheon ceiling represents a dramatic gesture which strives for maximum brightness. The building is flooded with light, and glare is unavoidable.

Transferring the ancient geometry directly to his own architecture may have been out of the question, but the idea of introducing a more dramatic atmosphere has influenced numerous projects from museums to temples. The renowned Church of the Light in Ibaraki, Osaka (1989), might not directly reach out to the sky like the Pantheon, but it manifests Ando’s desire to confront light and shadow in a strong way – very uncommon for traditional Japanese architecture. He achieves a comparable divergence with the cross-shaped slots at the back wall of the sanctuary. Originally, he would have preferred to leave the glass out of the opening – which would have intensified the link to the Pantheon – but climatic conditions in winter made this unacceptable to the church.

The prominent image of the Pantheon reappears later for the Hill of the Buddha at the Makomanai Takino Cemetery in Sapporo (2017). When approaching the end of the tunnel leading to the rotunda, the Oculus turns into an impressive halo for the head of Buddha, showing the skillful composition of various brightness levels, space and vistas. The blue sky encircles and transcends the massive white statue. The cool, grey concrete for walls, ceilings, and floors constructs an intense homogeneity in Ando’s architecture. Thanks to this consequent language he has achieved independence from the bright white cubes of modern Western architecture.

Ando’s elegant slits between wall and ceiling generate a poetic rhythm of light during the course of the day. Mainly restrained as a channel for diffuse daylight, they break the concrete surfaces and separate vertical from horizontal, intensifying the spatial depth. e moment of crescendo is short but intense. It emerges when the rays of sunlight run very close along the wall and produce a layer of striking shadows. The Koshino House in Ashiya (1984) features this effect in two variations, first along straight walls and later for the extension with a curved wall. Diagonal bands of shadow cut the fields of light grazing the walls and heighten the dramatic daylight gesture. The Vitra Conference Pavilion benefits from a similar atmosphere with its straight and curved walls, where the distinct shadows make the time tangible.

At the Church on the Water, the cross in the window overcomes the distance between the congregation and the cross on the water. Depending on the orientation, the cross traces the course of the sun with a shadow pattern moving quietly across the floor – also staged, for instance, for the tower at the 4x4 House in Kobe (2003). An exception to the cross theme in windows occurs in Ando’s projects in the US where Mies van der Rohe’s influence seems to become perceptible. The House in Chicago, the Penthouse in Manhattan from 1996, and the 152 Elizabeth apartment block in New York (2017) display windows as a glass membrane with thin vertical lines. Hence, parallel lines of shadow become visible on the floor.

The concept of surrounding buildings with reflecting pools has turned into an important design element to Ando, contributing animation – for example at the Komyoji Temple in Saijo (2000) with its rectangular pool, at the Modern Art Museum, Fort Worth (2002), to enhance the lightness of the building, or at the Langen Foundation in Neuss, Germany (2004) for an impressive entrance gesture. At night, when the wall washed concrete behind the glass facade allows the buildings to glow from within, they seem to oat on the reflecting pond. During the daytime, visitors can enjoy dynamic water reflections on the underside of the three prominent cantilevered roofs in Fort Worth.

Located on Awaji Island, the Water Temple materializes the choreography of light in a perfect way. The arrival begins with a void between a straight and curved wall in smooth concrete with an open sky above. A texture of white gravel, which calmly lies on the ground with a new shadow pattern, creates the first bright scene. The journey leads to the round lotus pond, where an intriguing play of water reflections mirrors the sky with gentle waves. The rectangular entrance slit guides the eye downwards to darkness. The straight concrete walls reveal faint blue reflections from the sky before one enters the realm of diffuse red light. Vermilion wooden screens on the lower level turn the harsh, cool blue daylight into a warm diffused glow.

When reaching the main altar another alteration becomes apparent: the direction of light does not come anymore from above but from the front, drawing believers to the light and the sanctuary. This sequence of spaces condenses a pilgrimage within one temple – a purifying passage of whiteness, descent into darkness followed by awakening with bright red, like blood, signifying life.

US architecture professor Henry Plummer regards the spiritual passage leading back as an analogy to a birth: ‘To climb back out to the thin blue light of day after this deeply viscous red experience, up through the ground, out through the dark canal, through the uterine waters into dry air, is to arouse dazzling images which go far beyond our immediate memory.’

This article was originnaly published in an extended version in the Lighting Magazine under the title “The Nature of Concrete”. 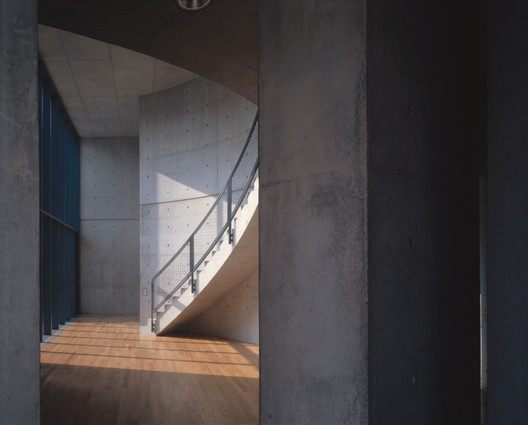