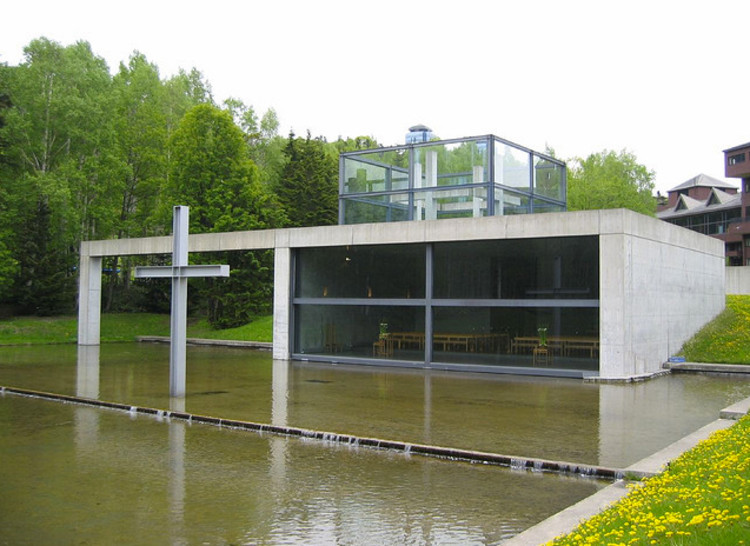 "You cannot simply put something new into a place. You have to absorb what you see around you, what exists on the land, and then use that knowledge along with contemporary thinking to interpret what you see." This philosophy of Tadao Ando is ever apparent in his design, as he is celebrated for the attention he pays to nature and the relationship between interior and exterior spaces of his buildings.

Found sloping down towards a small river in a clearing of beech trees, the element of nature apparent in all the architecture of Tadao Ando initiates subliminal experiences in this Church on the Water in Tomamu, Japan.

To the west, the church is surrounded by hills and trees, and a resort hotel lies to the east. The church, with a form of two overlapping cubes, faces a large pond which steps down towards the small natural river.

The larger of the two cubes serves as the chapel, and meets the entrance of the smaller cube with a semi-circular spiral staircase. In order to separate the church from the hotel that rests behind it, a long, L-shaped wall runs alongside the south and east of the buildings that line the edge of the pond.

To gain entrance to the church, the visitor enters under a glass and steel cube at the northernmost end which houses four large concrete crosses that pull the gaze upwards. The path leads up and around these crosses, and then down the connecting dark spiral stairway into the larger cube of the chapel below.

Upon entering the chapel, visitors are struck with the view of the pond and surrounding trees and hillside through the operable glass wall. The other three walls are made of concrete, which also frame a steel cross placed in the middle of the pond.

Ando succeeded in his intentions to design a sacred space through the ritualistic and circuitous entry route, as well as with the L-shaped wall that distinguishes the church as a secluded and protected space apart from the hotel behind it. The natural environment around the church adds to the experience, especially in the months between December and April when the ground is covered in snow.

The chapel is one of the most desired wedding destinations for young Japanese women, and holds many weddings each year. The large glass wall is closed most of the time to protect against weather damage, but it is opened for the ceremonies which unites the guests with the seemingly infinite natural world outside of the windows. 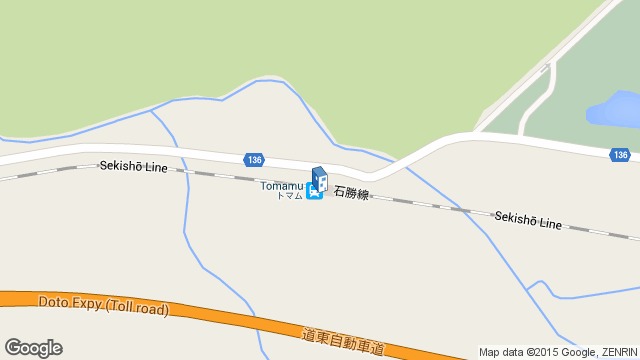 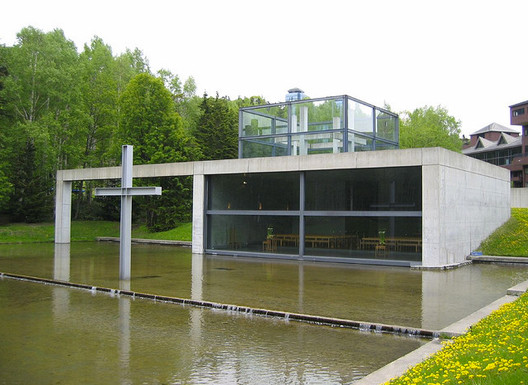