Save
Sancal Pavilion at Salone del Mobile is Inspired by the Maze of Milan Underground
Presented by: 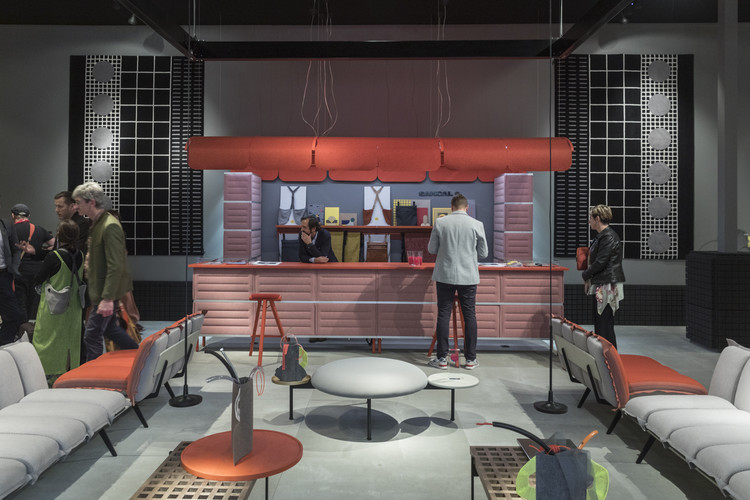 In addition to Turati collection's abstract recreation of the M3 line - with its angular geometry and grey and yellow color palette - the collection is a testimony to Milan's conservatism and modernity. This 'contemporary classic' approach was inspired by the metropolitan network´s construction, starting with the 1963-designed M1 line, all the way to the current Turati M3 line designed in 1983 by Claudio Dini.

Venetian designer Luca Nichetto created four pieces for Sancal’s collection, all inspired by travelers and the Milanese metro station. The designer looked at crossroads, passengers and their stories, the symmetry of the train seats, and the M3 lighting to develop his designs, each bearing an own identity but with the same design language and inspiration. Another means of transportation was the inspiration behind designer Rafa Garcia’s minimalistic piece, Alpino. The designer, who is also a biking enthusiast, was inspired by the connection with nature and serenity that biking incited, disconnecting him from the stress of everyday life. Other collaborators chose to draw on the industrial feel and rush of the train stations, using aluminum, metal, black and grey tints contrasted with yellow and red, and sound absorbing material in their designs.