Transformation of 530 Homes – Grand Parc Bordeaux by Lacaton & Vassal architectes, Frédéric Druot Architecture and Christophe Hutin Architecture has been awarded the 2019 European Union Prize for Contemporary Architecture – Mies van der Rohe Award. The innovate renovation of three large blocks of social housing in Bordeaux was praised for “radically improving the space and quality of life of its occupants” and for optimizing their economic and environmental cost of living.

The transformation of the buildings give all dwellings new qualities of space and living by inventorying very precisely the existing qualities that should be preserved, and what was missing that should be added. As a result, large winter gardens and balconies have been added to allow each apartment to enjoy more space, natural light, and mobility. Existing small windows are replaced by large glazed sliding doors to the winter gardens.

We want to involve the public and European institutions in spreading the influence of this Award beyond architectural circles, enhancing the capacity for mediation of architecture with all social actors, especially in relation to concepts that are fundamental today, like identity, social inclusion and all aspects of sustainability. - Anna Ramos, Director Fundació Mies van der Rohe 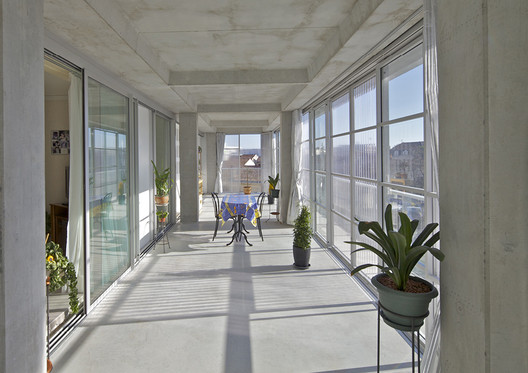