Five finalist projects have been shortlisted for the 2019 European Union Prize for Contemporary Architecture, an award given jointly by the European Commission and the Mies van der Rohe Foundation. The biennial prize, for which ArchDaily is a media partner, recognizes the Europe-located projects that demonstrate excellence in "conceptual, social, cultural, technical, and constructive terms."

Said prize coordinator Ivan Blasi in January of the original longlist: “The 2019 nominees highlight metropolitan areas as the location of most of the works, but the map also reveals the generation of axes such as the Dublin-Brussels-Ljubljana-Tirana one, where 100 million Europeans live and a third of the total number of nominated works have been built."

In April, the Prize jury will visit the five shortlisted works in order to determine both the Prize Winner and Emerging Architect Winner. These awards will be announced at the end of April, to be followed by an award ceremony that will take place at the Mies van der Rohe Pavilion in Barcelona on 07 May 2019.

The five shortlisted projects for the 2019 EU Mies Prize, alphabetically by location: 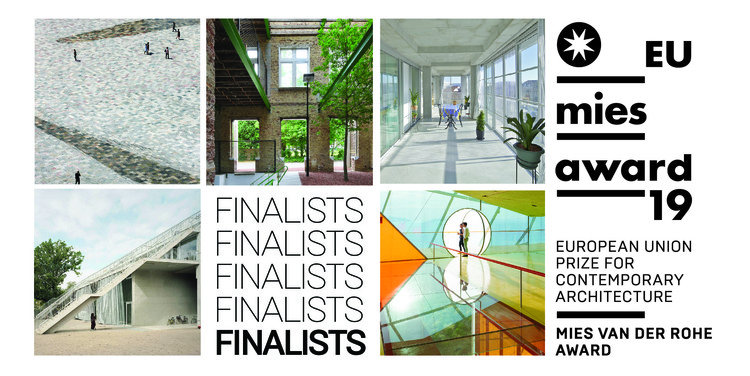 EU Mies Prize citation: "Skanderbeg Square—in its 2008 state—inspired a sense of awe, and possessed a certain indefinition that created a feeling of openness. The design reorganizes the vast ex-communist space in a simple yet radical manner, opening it up to new ways of reading."

EU Mies Prize citation: "What if a built environment that has lost its meaning and purpose and what if that building is not to be refurbished towards another program or functionality and so by that is expected to be demolished…what if the building is just kept and prepared to become an experimental space to re-discover and -explore and -define possible other ways of life."

EU Mies Prize citation: "The project consists in the transformation of 3 social housing’s buildings of 530 dwellings. Built in the early 60s, they needed a renovation after their demolition has been ruled out. The transformation of the dwellings full occupied, starts from the interior, to give them new qualities: more space, more light, more view, and upgrade the facilities."

EU Mies Prize citation: "The Terrassenhaus Berlin, located in Berlin-Wedding, is a multi-use atelier and gallery building that combines different forms of usage."

The European Commission and the Mies van der Rohe Foundation have announced the 40shortlisted works that will compete for the 2019 European Union Prize for Contemporary Architecture - Mies van der Rohe Award. The Prize, for which ArchDaily is a media partner, has seen a jury distill 383 nominated works into a 40-project-strong shortlist, celebrating the trends and opportunities in adaptive reuse, housing, and culture across Europe.

383 Projects Nominated for the EU Mies Prize for Contemporary Architecture

The Fundació Mies van der Rohe and European Commission have revealed the 383 projects nominated for the 2019 European Union Prize for Contemporary Architecture - Mies van der Rohe Award. The projects, which hail from 38 countries across the European Continent represent a wide range of typologies and office types. 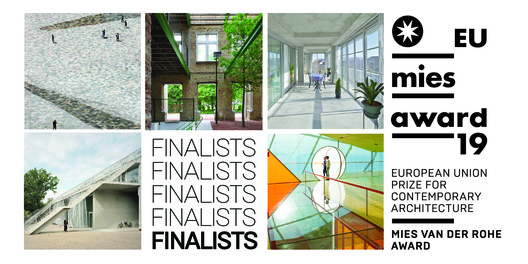