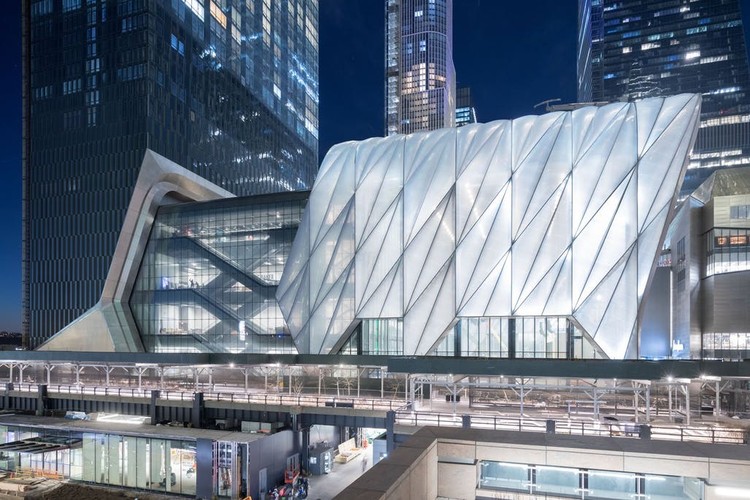 The Shed consists of galleries, the 500-seat Griffin Theater, and the McCourt, a multi-use hall for large-scale performances and installations. On the top floor, the Tisch Skylights feature a rehearsal space, lab for local artists, and event space. Liz Diller of DS+R touched on the design, saying that, "Eleven years in the making, The Shed is opening its doors to the public as a perpetual work-in-progress. I see the building as an ‘architecture of infrastructure,’ all muscle, no fat, and responsive to the ever-changing needs of artists into a future we cannot predict. Success for me would mean that the building would stand up to challenges presented by artists, while challenging them back in a fruitful dialogue.’

As a 17,000 square-foot space, the McCourt was named in recognition of Shed board member Frank McCourt Jr. and his family. It can accommodate an audience of 1,250 seated or over 2,000 standing. In turn, large doors on the north and east sides of the McCourt can open to become an open-air pavilion. With the shell in place, the 20,000-square-foot exterior plaza creates room for outdoor exhibitions and events. The opening of The Shed begins with a five-night concert series directed by Steve McQueen with Quincy Jones and Maureen Mahon that celebrates the worldwide impact of African American music.

David Rockwell of Rockwell Group said that "The Shed was conceived as an adaptable and structural palette that will allow an extraordinarily diverse group of creators and artists to incorporate the building into their work. After what has been a wildly satisfying collaboration, we are thrilled to hand the shed over to the artists and audiences who will carry it forward. I couldn’t be prouder. it’s an exciting addition to the long lineage of institutions that have kept our city on the cutting edge of the arts. Ultimately, it is a testament to the energy of New York City."

In addition, The Shed’s “Open Call” exhibit features 52 artists and groups based in New York who have not received support from a large cultural institution. Each of the artists will receive anywhere from $7,000 to $15,000 to support their work in The Shed. The full lineup for the opening is available on The Shed's website here. 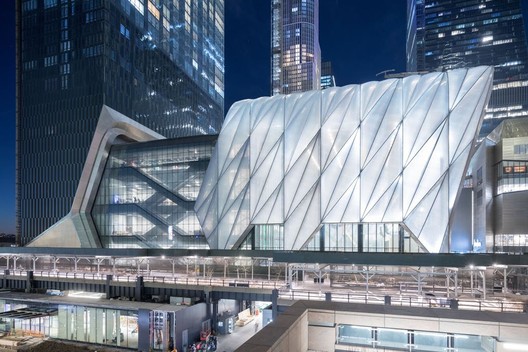