The 44-year-old Japanese architect was chosen by the Serpentine Gallery in February of this year, becoming the second-youngest designer of the pavilion after 2018 designer Frida Escobedo. Following the recent publication of employment conditions for unpaid interns in the firm, the Serpentine Gallery told The Guardian that it had been unaware of the alleged internships, and were in discussions with the architects. Subsequently, the Serpentine released a statement on 27th March clarifying that it would not allow unpaid internships or positions to form part of the design team behind the 2019 Pavilion, and that it had discussed this policy with Junya Ishigami + Associates.

As noted by The Guardian, the practice of unpaid internships are not as controversial in Japan as they are in the United Kingdom. In 2011, the Royal Institute of British Architects prohibited chartered practices from paying under the minimum wage for all student placements, a measure introduced by Angela Brady, then RIBA President. Brady herself commented on the controversy surrounding Junya Ishigami + Associates, telling The Architects’ Journal that “this is a clear exploitation of students” and that “a six-day week of 31 hours a day with a suggested one-hour break would be illegal under EU law."

Ishigami is the 19th architect to design a pavilion at the Serpentine, following works by Frida Escobedo (2018), Francis Kere (2017), Bjarke Ingels (2016), and selgascano (2015). You can learn more about Ishigami’s design for the 2019 pavilion from our previous coverage here.

News via: The Guardian / The Architects’ Journal 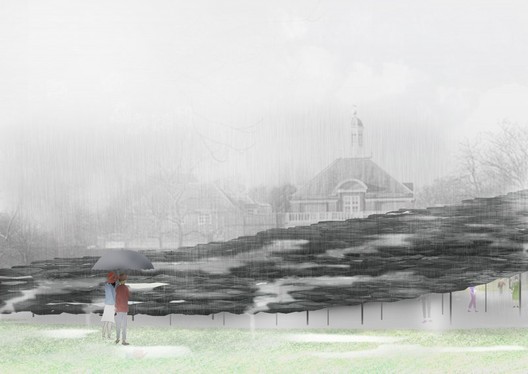