London's Serpentine Gallery has announced Japanese architect Junya Ishigami as the designer of the 2019 Serpentine Pavilion. Ishigami, who at 44 is the second-youngest designer of the pavilion (after 2018 designer Frida Escobedo), is known for his light and ephemeral approach to design.

Ishigami's design for the pavilion takes the form of a slate sheet rising from the landscape of the park, held up by light pilotis that form an interior field reminiscent of a forest. The single-canopy space takes inspiration not just from natural canopies but from roofs - the essential structural element that defines and unites architecture. Within, the darkness of the slate roof will create a serene space for contemplation and relaxation. Ishigami explains that his design for the pavilion exemplifies his 'free space' philosophy in which he "seeks harmony between man-made structures and those that already exist." 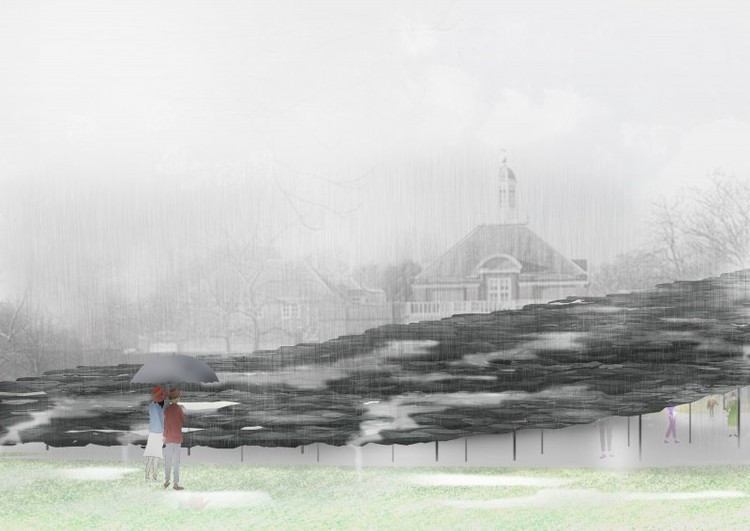 "My design for the Pavilion plays with our perspectives of the built environment against the backdrop of a natural landscape, emphasizing a natural and organic feel as though it had grown out of the lawn, resembling a hill made out of rocks," explained Ishigami in a statement to the press. "This is an attempt to supplement traditional architecture with modern methodologies and concepts, to create in this place an expanse of scenery like never seen before. Possessing the weighty presence of slate roofs seen around the world, and simultaneously appearing so light it could blow away in the breeze, the cluster of scattered rock levitates, like a billowing piece of fabric."

Ishigami is the 19th architect to design a pavilion at the Serpentine, following works by Frida Escobedo of Mexico (2018), Francis Kere of Burkina Faso (2017), Bjarke Ingels of Denmark (2016), and selgascano of Spain (2015.) The Serpentine Pavilion program was established in 2000 by Julia Peyton Jones and Hans Ulrich Obrist to give international designers the opportunity to share their talent amongst a new and influential audience. The commission is famous for its intense timeframe: selected designers have just six months upon commission to design and realize their pavilion, resulting in a compressed process that encourages experimentation and quick thinking.

"We are thrilled to be able to share the designs for Junya Ishigami’s Serpentine Pavilion – a structure informed by the natural world and situated in the middle of one of London’s greenest spaces: Kensington Gardens," said Serpentine Galleries Artistic Director Hans Ulrich Obrist and CEO Yana Peel in a joint statement. "The Pavilion and its accompanying programme will be central to the Serpentine’s General Ecology strand – an ongoing investigation into complex systems, interspecies landscapes, and the environment."

Ishigami was the recipient of the Golden Lion Award at the 2010 Venice Biennale, curated by Kazuyo Sejima. More recently, he was the subject of an extensive and successful exhibition at Paris' Fondation Cartier. The exhibition, which ran for the Spring season, is now traveling to Shanghai, where it will be shown at the Power Station art venue.

"Architecture from Someone's Imagination is not Enough": Interview with Junya Ishigami

I think that the conversation with Junya Ishigami at his experimental (and very international) studio in Tokyo was one of the most memorable experiences of my recent trip to Japan. Junya's visions for not just of his own architecture but for the profession were wholeheartedly inspiring. 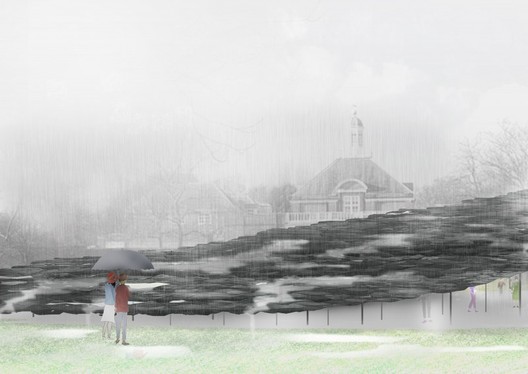