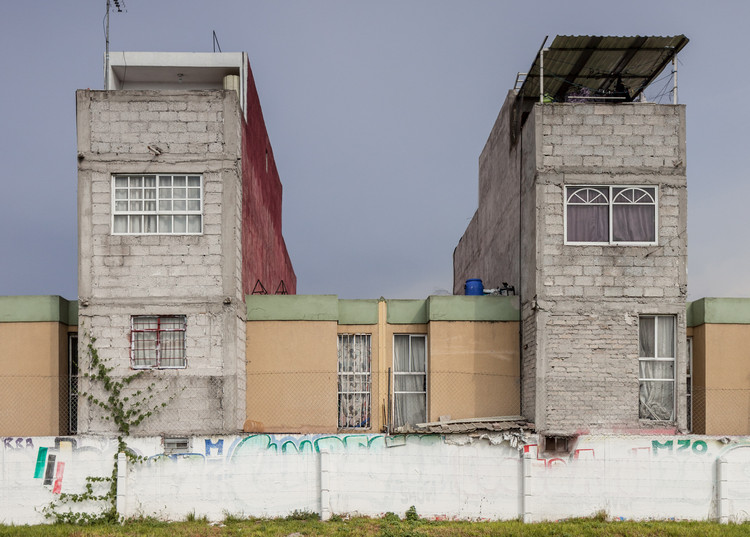 In 2005, as a way to increase its competitiveness, the government of the state that borders Mexico City – named Estado de México– launched a program called “Bicentenary Cities,” a nod to the 200th anniversary of the Mexican Independence.  This program proposed careful land-use planning and the creation of a state structure for key population centers selected based on location, capacity for population increase, potential to host infrastructure and strategic equipment, and the possibility to create adequate communication lines to enable regional, statewide and national integration.

One of the centers selected was Tecámac, a municipality of Estado de México. Although its housing development started in the late 60s continued into the 90s with the construction of different neighborhoods, it wasn’t until it was named a Bicentenary City that, within a new state regime of social construction, the private investment carried out the Ciudades Bicentenario project and detonated the housing boom that had overrun, not only allocated lands, but all the surrounding area of Mexico City.

Self-reliance through the establishment of an urban settlement with sufficient services, medical, educational and recreation areas is a forgotten promise of the “Bicentenary Cities” program. Neither the state nor the private developers fulfilled their commitments. The explicit aim of building a model self-sufficient, well-planned and highly competitive city got lost during the change of governments and the uncontrolled growth of housing.

Focused on social issues, the architectural photographer Zaickz Moz presents the photo-essay called Non-Social Interest (2018), a collection of rear views of Tecamac’s housing settlements. The shots portray the action of the inhabitants who, through self-construction, overlapping levels and changes to the original buildings, have adapted their houses to their living needs without a construction plan or any concern for safety standards.

Vertical expansion, varied materials, windows in the surrounding walls, exposed stairs, security fences form part of the disorder captured by Zaickz Moz’s photographs. It is the result of a serious disarray in which the public and the private remain in confrontation: a disarray that affects the living conditions of families and communities, the environment and, also, the thousands of people commuting everyday from peripheral areas to Mexico City.

Just one of many examples of irregular developments around big cities in México, Non-Social Interest notes the consequences of neglect and disregard for norms. On one side, the inhabitants take over their own welfare by turning their backs on public order and space. On the other, the government –absent, detached or incompetent– keeps using the back walls for their political ads and campaign promises. 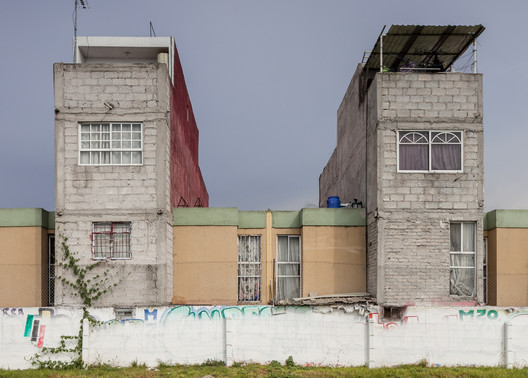