Northern Ireland-based architect John Donnelly has launched a studio dedicated to the production of finely-detailed plaster-cast architectural models exploring the diverse built environment of Belfast, Northern Ireland. “Model Citizen” was founded to promote public understanding and appreciation of the architecture and craftsmanship present in Irish cities, manifesting as an ongoing series of intricate sculptures.

Model Citizen sees its sculptures, available for closer inspection here, as a “mechanism to emphasize the beauty and significance of our built heritage,” translating art deco, brutalist, and internationalist styles into tangible, tactile sculptural objects that can be held, felt, and explored. 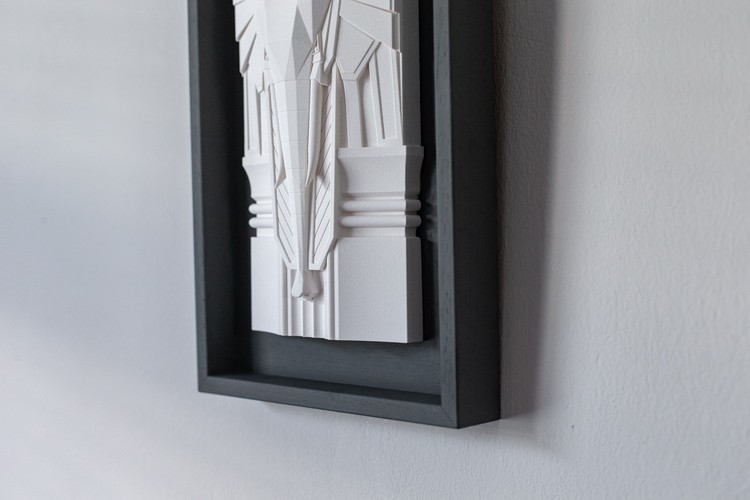 Whilst studying Architecture at University I used the medium of concrete and plaster cast models to explore form and texture during the design process.  In architectural education students are actively encouraged to use physical model making as a tool to explore and present a design. Unfortunately, this tactile process is mostly absent in modern architectural practice where the focus is increasingly shifting towards digital working methods. It was with this in mind that I started the Model Citizen project in my spare time to explore and interpret the built environment that surrounds me and to re-engage with the craft of architecture by creating beautiful physical models which combine traditional casting techniques and digital technology.
-John Donnelly, Founder, Model Citizen

The Northern Irish capital of Belfast offers a diverse architectural playground for Model Citizen to operate in, as shown in our recent architectural guide to the city. To date, Model Citizen has focused on Belfast’s rich architectural legacy through an exploration of buildings such as the International-style Transport House, the Art Deco Burton Building, the Art Deco Bank of Ireland Building, and the Brutalist/Classic hybrid Ulster Museum. The unique language of physical modeling allows the sculptor to convey the architectural craftsmanship of reliefs, mosaic murals, and geometric forms through the clean ornamental aesthetic of plaster-cast.

More information on Model Citizen can be found on the official website, and on their Instagram feed. The initiative is one of many that seeks to use the language of architectural modeling to create ornamental pieces, such as Chisel & Mouse’s miniature architectural icons, and Joshua Smith’s hyper-realistic tabletop buildings. Readers with a passion for physical modeling can also check out our nine ideas for presenting projects with concrete models, or our roundup of the most impressive models created by ArchDaily readers.