Diller Scofidio + Renfro have revealed the design for 90 Queen’s Park, a new education and cultural building for the University of Toronto in Canada. The project will combine a range of classrooms and public spaces to house the University of Toronto's School of Cities for its urban-focused research, educational and outreach initiatives. The nine-story building will become a new gateway to the campus with views across the Toronto skyline. 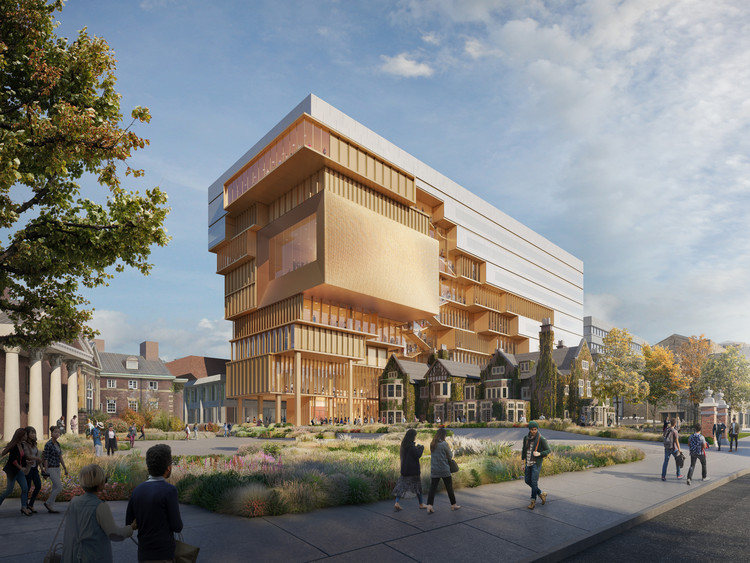 90 Queen’s Park will be built on the site of the McLaughlin Planetarium at the intersection of Bloor Street and Queens Park.The building is designed to provide an urban and cultural hub, bringing together nine previously dispersed departments—including the School of History, Music, Law, Near and Middle Eastern Civilizations, Islamic Studies, Jewish Studies and a home for the new School of Cities—into a single building.

“This stunning architectural landmark will provide the University of Toronto with an invaluable opportunity to create a meeting space for scholars and the wider city around us,” says U of T President Meric Gertler. The design team is led by Diller Scofidio + Renfro, with Toronto’s architects Alliance as Executive Architect and ERA Architects as the team’s heritage consultants. The team was selected in a design competition 2016.

Diller Scofidio + Renfro partner-in-charge Charles Renfro says, "The building is designed to encourage individual scholarship, while fostering collaborative discourse and public engagement. This 'campus within a campus' is revealed in the building's dual identity – a smooth cohesive block of faculty offices and workspaces gives way to a variegated expression of individual departments as the building is sculpted around Falconer Hall, the historic home of the law department. Several public programs are revealed in the process. At the heart of the building is a dynamic central atrium and stairs linking all floors with clusters of lounge spaces, study spaces and meeting rooms, mixing the various populations of the building with each other and the general public.”

As the team states, at the heart of the building is a dynamic central atrium and stair linking clusters of lounge spaces, study spaces and meeting rooms. This public commons fosters access and views between the disciplines to promote a culture of collaboration. As part of U of T’s commitment to sustainability, the building will adhere to the ASHRAE sustainability standards.

Groundbreaking for 90 Queen’s Park is scheduled for 2020. 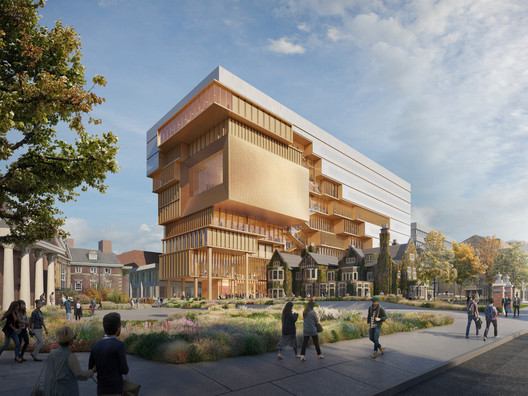