Dubai Holding has released details of the latest skyscraper planned for the UAE metropolis, designed by Skidmore Owings and Merrill. The Burj Jumeira will soar 550 meters in the air, “inspired by the harmonious ripples of the UAE’s desert sand dunes and its flowing oases.” Inaugurated by the UAE’s ruler Sheikh Mohammed bin Rashid Al Maktoum on January 31st, 2019, the new tower will be built as part of a vast development known as Downtown Jumeira, “a city of the future distinguished by its intelligent design and cohesive infrastructure and network.”

The tower’s façade is to be covered in digital displays that can be utilized for various occasions and celebrations, with a 450-meter-high sky lounge and sky restaurant complete with interactive surfaces. The tower will also contain multiple observation decks giving visitors 360-degree panoramic views of Dubai, rising from a base designed in the outline of the Sheikh’s fingerprint. 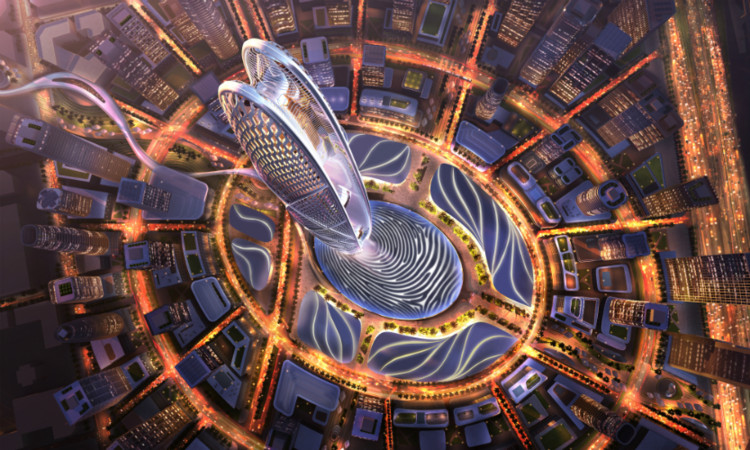 Similar to the 828-meter-tall Burj Khalifa, the scheme’s façade will contain a digital display capable of lighting up the tower. This interactive ethos will continue inside, with digital displays on the tower’s observation decks. The platforms themselves are accessed via lifts with digital screens to carry visitors through a distinctive experience until they reach the desired platform. The entire program will sit on a base designed in the outline of the Dubai ruler’s thumbprint, which is set to contain a terraced outdoor amphitheater for cultural events and a water fountain.

When the scheme breaks ground, it will be one of 14 supertall structures under construction in Dubai (300 meters plus) according to the CTBUH. Last year, the city announced that its first skyscraper is to be preserved in a new Modern Heritage initiative.

Construction of the scheme will be carried out as Dubai hosts the Expo 2020, with completion expected in 2023. 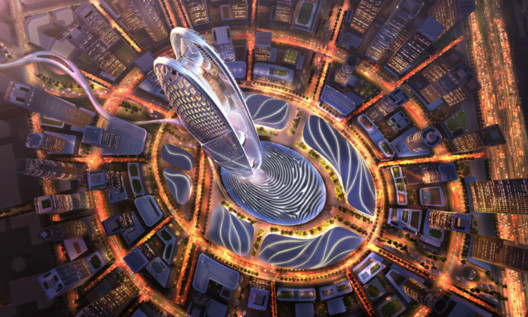