Danish architect and CEBRA founding partner Mikkel Frost has given a TEDx Talk arguing for the relevance of hand drawing in an increasingly virtual world. Titled “Let your fingers do the talking,” the talk presents hand drawing “not as a render killer, but rather as a lively and more open supplement to the close-to-nature visualization.”

During the talk, Frost explains the inspiration behind is drawing style, partly from the cartoon universe where messages are communicated with humor, few words, and simple expressions. A central part of the design process for every CEBRA project, Frost describes hand drawing as a visual language that is easily understood, open, and less conclusive that hyper-realistic visualizations.

The hand drawing never stands alone. At CEBRA, we use both hand drawings and computer-based visualizations, but we have experienced that the hand drawing often is a shortcut to communicate a project. A tool that makes it easier to explain a new concept to a client.
-Mikkel Frost

The talk coincides with a collaboration between CEBRA and Dutch publisher FRAME, that brings together some of Frost’s best hand drawings and watercolors. Among the watercolors will be a selection of works acquired by Sergei Tchoban, founder of The Museum of Architectural Drawing in Berlin, for inclusion in his collection of works by the world’s leading living and late architects.

In 2017, Frost was one of nine contributors to ArchDaily’s “9 Drawings to Celebrate our 9th Birthday” collection.

The 20 Most Inspiring TED Talks for Architects

Are you feeling short on inspiration today? For a jump-start, try watching one of these twenty TED Talks - a follow-up to last year's post " The 10 Most Inspirational TED Talks for Architects." 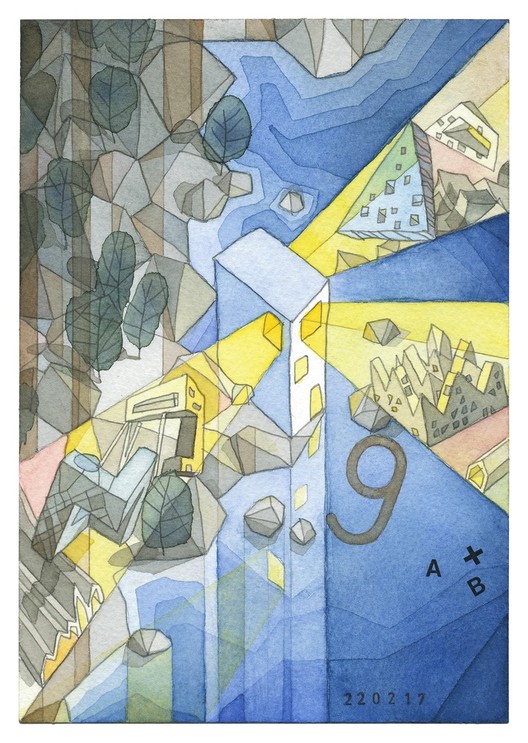