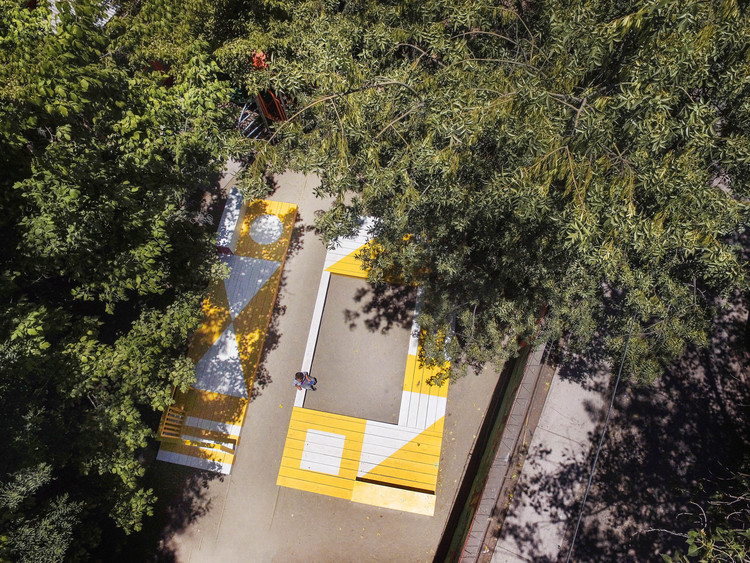 Description by the architects.

A Escala: Children's ethnographic exploration as a design guide in public space

The Fondart project 'A Scale' arises from the initiative to investigate, explore and implement new processes of participatory design in architecture with the aim of involving the users of the construction of their public space.

Through a multidisciplinary team formed by two architects and two social scientists linked to research in childhood and education, 6-month ethnographic research was carried out, in order to observe the discourses and practices of children when they relate individually and collectively with the public space in various situations. The observed group was made up of kindergarten children from two mixed public schools in Santiago de Chile, located in La Cisterna and Recoleta commune.

During the moments of recreation in the Recoleta School, the look and control of the teachers were not perceived with such intensity by the children. Rather, the feeling, from our perspective, was the configuration of a divided and atomized space among teachers and between boys and girls. The teachers almost did not intervene in the student's games, at the same time, the lack of discourse about the presence of adults in the lives of children constantly circulated.

The results of the ethnography led to a material proposal that seeks to respond in a particular way to the conditions observed in each of the contexts. For its construction, the use of an initial wooden module of 1.6 x 1.6 meters was proposed, increasing its constructive efficiency and reducing the total cost of interventions. The choice of this module, through its repetition and variation, allows us to deliver two resounding and powerful answers; resulting from the same process (and research methodology), but with completely different configurations and specific to each case.

The intervention seeks to integrate teachers and children in a concentrated and protected space, which functions as a free appropriation platform for all its users. The dispersion of games in poor condition is reformulated in a central wooden square that revolves around a sand pit, incorporating benches that seek to involve the teachers at the time of play. In addition, vertical translucent panels are available that virtually close the space, but which in turn connect it with the rest of the patio. This new "core" is crossed by a path that incorporates it into existing games and circulations. 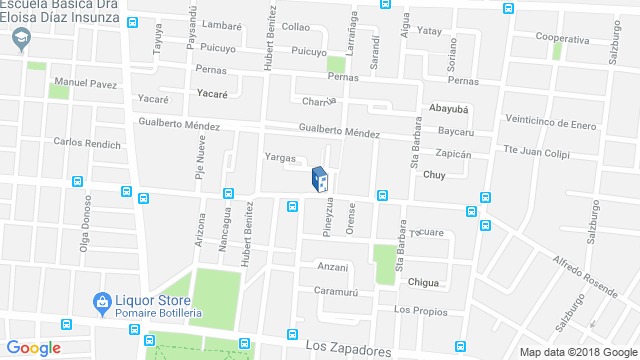 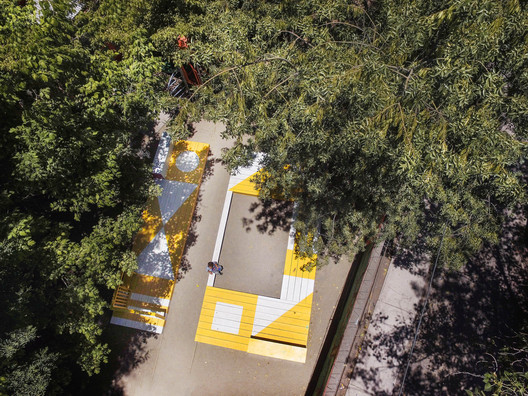