Save
Reframing Climate Change as a Local Problem of Global Proportion: 4 Ways Architects can Deliver Change
Share
Or
Copy

The latest UN special report on climate change, released in October 2018, was bleak - perhaps unsurprisingly after a year of recording breaking temperatures, wildfires, floods, and storms. The report, released by the UN Intergovernmental Panel on Climate Change (IPCC), reiterated the magnitude of climate change’s global impact, but shed new light on the problem’s depth and urgency. Climate change is a catastrophe for the world as we know it and will transform it into something that we don’t. And we have just 12 years to prevent it. 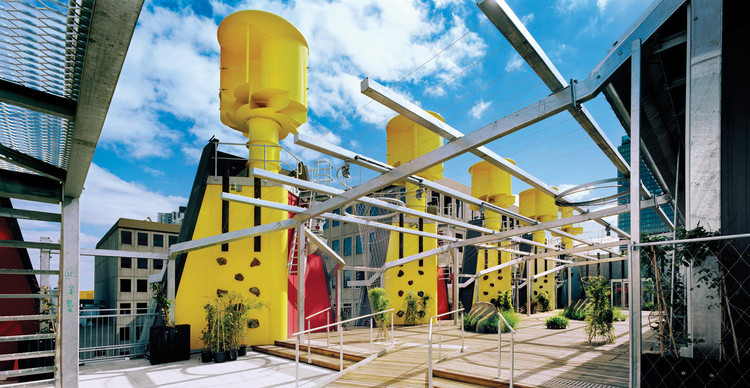 Around the same time that the IPCC report was released, architectural media were reporting on a statement from architect Peter Zumthor who, when asked about the environmental crisis, stated: "I am aware of these things, but I can only do so much." Shortly after, in an article published by The Architects' Journal, Piers Taylor mused “...do we really want to be complicit in a culture where we can pretend that what we’re doing has any significance whatsoever in a world that’s so screwed, it's making our eyes water?”

Both statements strike a resounding tone of disillusionment, overcome by the magnitude of the global challenge. It is easy to feel helpless against this scale - but it’s not a reason to give in.

Why would architects feel the work they do is insignificant in a changing climate? The indistinguishable link is clear and all too often made – over 40% of all UK CO2 emissions are attributed to the construction and operation of the built environment. And this is rarely disputed. Yet for all the emphasis placed on the influence of new and existing buildings, designers still find it difficult to define the extent of their impact.

We can point to the relative inaction of national building regulations and codes to enforce higher levels of carbon emissions reduction. This could provide the catalyst (or stick) the industry requires to innovate. While valid in many ways, this line of criticism also highlights the fundamentally linear way in which we determine the impact and role of the built environment in tackling climate change. To shed further light on this, we must first look first look at how climate change is typically conveyed.

Our exposure to the reported impacts of climate change (both projected and occurring) is predominantly at a planetary level – melting polar ice caps and sea level rise are typical staples of mainstream discourse. The extraordinary scale of these impacts is almost beyond comprehension, and thus very difficult to grasp. This inability to comprehend leads to a sort of collective stasis, or shutdown, removing this threat from our immediate consciousness.

We need to convey the impact of climate change at a more human-centric level - it is only here that people can stand up and consider their actions at a more fundamental level. So how can architects feel empowered to become part of collective action?

Much of the rhetoric from the built environment focuses on the direct yet often invisible impacts of buildings on the natural environment – their energy/carbon consumption (both embodied and operational) and resultant waste. These are most commonly reported because they are measurable, with targets and incremental reductions readily achievable.

Architectural design sets the foundation for this consumption, often determining the heating/cooling operational loads and material choices defining the embodied thresholds in the first concept design. We therefore not only have a moral and ethical obligation to our clients, but also one to the wider environment. Any actions carried out knowingly in conflict with this obligation should be regarded with much higher seriousness.

2. Reframe the Extent of Architectural Influence

While a building’s environmental impact is well documented, far less is made of the indirect impacts they have in society and the behavioral and cultural choices they shape. The most poignant example is in the notion that buildings don’t consume energy, we do. A building’s systems deliver the conditions to support human habitation and provide the baseline for energy consumption, yet it is the occupants who ultimately dictate the scale of consumption. Thus, it is often the invisible aspects of our work that provide the most impact at the macro scale. This is the often overlooked social ‘pillar’ of sustainability.

For example, neighborhoods with adequate provision of well-designed public space provision foster more cohesive communities by providing opportunities for interaction and recreation. But a lack of guidance and a regulatory framework to help shape these types of strategies and recognize the measurable benefits is still lacking, restricting any formal recognition beyond idealist case studies. This no doubt leads to a feeling that they do not result in meaningful change.

The recent introduction of social impact into the UKGBC’s agenda provides some impetus for change, yet architects should be the agents leading this change. In doing so, it adds credibility to the role they play in developing solutions. Cities and communities that are collectively conscious of their daily actions and subsequent impact will become more resilient in the face of change.

It could be argued that much of the profession adopt a reactive stance to sustainable design, considering building regulations and codes as a ceiling for compliance, rather than a floor to further achievement. But is ‘doing the right thing’ even applicable in today’s environment? Why is sustainable design not yet considered ‘doing the only thing’? Rather than calling it out as a distinction, it must be an essential, non-negotiable part of design.

Rather than calling it out as a distinction, it must be an essential, non-negotiable part of design.

Our governing bodies and institutions have to center sustainability issues, integrating them into ethical codes, professional development curricula, and awards recognition. We must place greater emphasis on the ability of architecture to not only provide environments that can inspire us but also empower a belief in our own capacity to influence change. Lastly, we must engage our creative abilities to meet ever-challenging regulations governing carbon emissions reductions and overheating mitigation. Movements such as Architecture 2030 in the US have made huge strides in recent years, establishing industry-wide targets but also adding a stimulus and an industry roadmap that fosters belief in the change that our combined efforts can yield.

Perhaps the most important aspect in facilitating change is in how architects can become bolder in incorporating sustainability considerations when addressing a client’s brief. We have a responsibility to engage and inform clients of the environmental impacts of their projects, beyond mandatory rating system scoring and to commit to influencing projects at a more fundamental level.

Not all clients are as environmentally aware or proactive to the same degree. Regardless, we must do everything to help inform an open discussion around sustainable design, rather than wait for clients to ask how their project can be more sustainable. Only then can sustainability be truly integrated into a design proposal if the overarching needs are understood by all. Architects can be agile in this challenging environment, facilitating the agenda and engaging clients in not only the delivered product but also the marketable benefit of such strategies.

Clearer and more structured discussion with consultants during the design process can lead to a stronger collective understanding of a design proposal. Architects should take greater ownership and interest in the performance modeling process; in recognition of the influence architectural parameters have over these results. Increasing our proficiency can also help substantially in developing our cross-disciplinary collaboration and lead to more integrated solutions.

James Woodall is Sustainability Manager at Allies and Morrison. 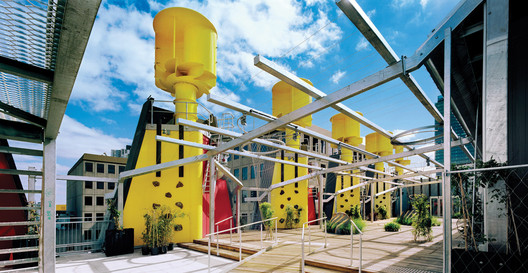