As part of a global, interdisciplinary effort to tackle climate change, architects are devoting resources towards optimizing the energy efficiency of buildings old and new. This effort is more than justified, given that buildings account for almost 40% of UK and US emissions. As awareness of the issue of climate change becomes more apparent each year, so too do the architectural responses. 2018 was no exception.

In a year that saw wildfires rage across California, hurricanes in Florida, and mudslides in Japan, the architectural community has put forward a wealth of proposals, both large and small scale, which seek to mitigate against the role the built environment plays in inducing climate change.

Ranging from a biological curtain in Dublin to a radical masterplan for Boston, we have rounded up six developments in the architectural fight against climate change that we published throughout 2018.

Designed in collaboration with the Harvard Center for Green Buildings (CGBC) at the Harvard Graduate School of Design, the HouseZero saw the retrofit of the CGBC headquarters in a pre-1940s building into an “ambitious living-factory and an energy-positive prototype for ultra-efficiency that will help us to understand buildings in new ways.”

The ambitious project was driven by a desire to achieve zero energy demands for heating, cooling, lighting, and ventilation, and to produce zero carbon emissions. It is estimated that the building will produce more energy over its lifetime than was used in its renovation and operation.

London-based architectural and urban design firm ecoLogicStudio has unveiled a large-scale “urban curtain” designed to fight climate change. “Photo.Synth.Etica” was developed in collaboration with Climate-KIC, the most prominent climate innovation initiative from the European Union, to “accelerate solutions to global climate change.

Photo.Synth.Etica, exhibited at the Printworks Building in Ireland’s Dublin Castle in November 2018, captures and stores one kilogram of CO2 per day, the equivalent to that of 20 large trees.

The Climate Tile is a pilot project designed to catch and redirect 30% of the projected extra rainwater coming due to climate change. Created by THIRD NATURE with IBF and ACO Nordic, the project will be inaugurated on a 50m pavement stretch at Nørrebro in Copenhagen.

The first sidewalk was created as an innovative climate project that utilizes the Climate Tile to create a beautiful and adaptable cityscape. Aimed at densely populated cities, the tile handles water through a technical system that treats water as a valuable resource.

KTK-BELT Studio, a not-for-profit organization based in rural Nepal, is currently working with local communities to create a fascinating "Vertical University," which will teach students about biodiversity and environmental conservation in 6 "living classrooms" positioned along a vertical forest corridor that stretches from 67 meters above sea level to the top of an 8,856-meter peak.

Following recent natural disasters including the Northern California wildfires, the HASSELL+ team have been inspired to reimagine the San Francisco Bay Area as a vibrant community hub, equipped to provide temporary facilities in an emergency. As part of the competition Resilient by Design, the ten teams were asked to provide solutions for the waterfront through site-specific conceptual design and collaborative research projects.

The HASSELL + team’s proposal integrates a network structure of ‘connectors’ and ‘collectors’ to improve the waterfront’s physical and social resilience. The recharged streets, creeks and enhanced ferry network are the ‘connectors’ that will become new slow and safe movement corridors to the points of collection, including adaptive open spaces that will socially recharge the area as a place for everyday gathering and civic celebration that can also provide the vital space needed for disaster assembly.

The Mayor of Boston and SCAPE Landscape Architecture have collaborated on a vision to protect the city’s 47 miles of shoreline against climate change. The scheme lays out strategies which will “increase access and open space along the waterfront while better protecting the city during a major flooding event.” 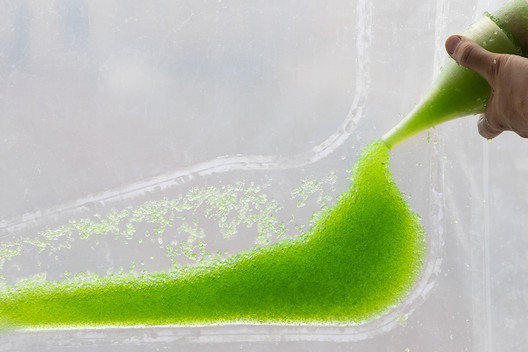