Save
Apple is Building a $1 Billion Campus in Austin, Texas
Share
Or
Copy

Austin currently hosts Apple’s second-largest office in the U.S. handling customer service agents and some manufacturing facilities. The new campus, to be located one mile from this facility, will contain 3 million square feet of office space.

In return for building the new facility, Apple is expected to receive up to $25 million from a jobs-creation fund in Texas, as reported by the Houston Chronicle. While significant, the figure is far below the $2.8 billion Amazon could receive in return for expanding its operations in New York, as well as the $750 million figure it could receive in Virginia.

2018 saw many architectural milestones for Apple, with the opening of Foster + Partners-designed Apple Stores in Milan and Macau. Among its many products of interest to architects is the new iPad Pro, which we recently published an opinion piece on.

News of the campus comes weeks after Google revealed its revised plans for a North Bayshore Campus in California, focusing on the site’s natural environment and affordable housing.

News via: The Houston Chronicle 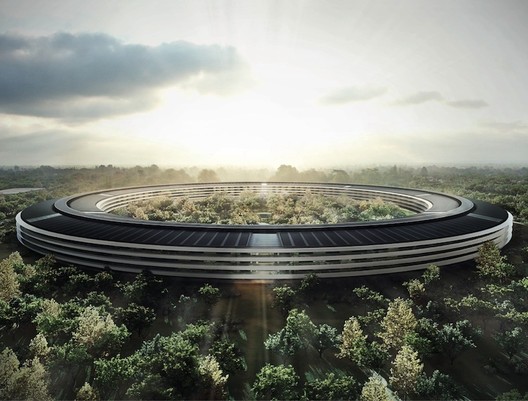