Half a century after the new suburban tract home was the dream of many a young American family, refurbished properties are gaining in popularity. This trend extends beyond North America, with exciting renovations of existing structures popping up all over the world, from Belgium to Kenya to China. The attraction to this typology likely lies in its multiplicity; renovations are both new and old, historic and forward-looking, generative and sustainable.

Nowhere is this trend more visible and popular than in housing, where the transformation is often led by the owners themselves. Loosely grouped under terms like “fixer-upper” and “adaptive reuse,” these projects begin with just the structural skeletons and the building’s history. At the personal scale, renovation/refurbishment is an opportunity to bring a part of yourself to your home - but do these small projects together have the potential to turn around a housing crisis?

Japan is hoping so. The country has recently implemented a system that aims to alleviate the country’s current housing crisis, allowing abandoned or derelict properties to be sold at aggressively low prices. To some, this move may come as a surprise - Japan is known for its high real-estate prices and limited space (a combination that has generated uniquely inventive solutions.) But this perception belies the truth: according to a 2013 government report, over 8 million properties across Japan are unoccupied (a number that is now expected to be even higher.) The government estimates that, if the current rate continues, 21 million homes will be unoccupied by 2033.

While Japan's population is shrinking, this is far from the only factor at work in this worrying statistic. According to a 2015 government study, almost one-third of these properties are left empty as a result of inheritance traditions, in which family homes are passed down to the next generation. As the younger generations gravitate toward urban areas, many of these family homes in more rural areas are left empty - but remain under family ownership.

Many of these properties can be found on online databases called “akiya banks,” which provide interested parties with the most basic information regarding the listings. Although the listed properties might look like a “steal,” buyers must take into consideration a variety of other factors - some stem from Japanese cultural traditions that might be lost on a foreign investor.

A particularly challenging example of this is the vacant structures and apartment units that were once the site of a violent death, murder, suicide, or death that goes undiscovered for periods of time. These events, in Japanese culture, can permanently label a residence as uninhabitable. There is even a site called “Oshimaland” with an interactive map littered with fire symbols that highlight many of the tainted properties, some accompanied by the reason as well.

In Japan's new solution, unoccupied homes can be sold to local municipalities or city governments for low prices; the municipalities are then allowed to redevelop these spaces as they see fit. For towns, the benefits are great: not only does this system allow them to sustainably grow their cities, but it enables them to reverse the destructive effects that derelict properties can have on  themselves and their surroundings (decay, vandalism, fires, etc.) Uninhabitable houses could become cafes, shops, sport facilities - or any range of relevant typologies.

Similar government programs have been utilized in countries around the world. in Italy, abandoned historic structures were sold or rented for minimal amounts of money to help rejuvenate aging and decaying properties and promote further development. Japan's program is still in its nascent moments but holds great promise in an otherwise intractable problem. And in a country with a reputation for its inventive architecture, it's likely to not just be a boon for the economy, but an exciting moment for architects and architecture. 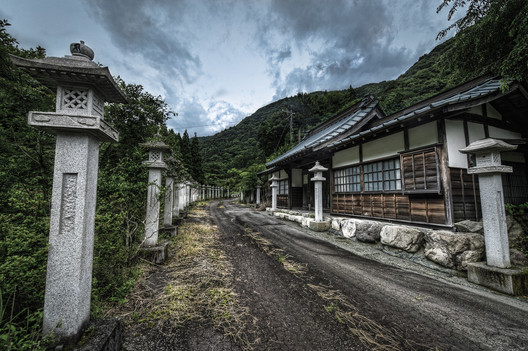