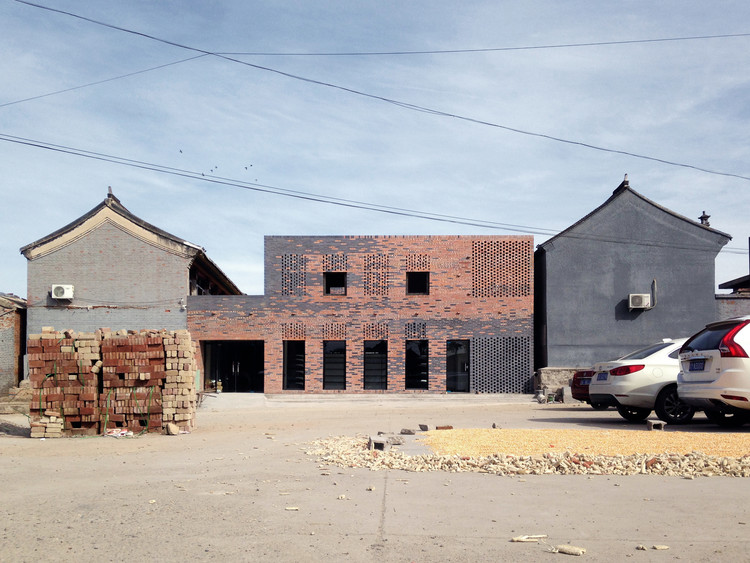 Text description provided by the architects. Rural housing construction owes little to the State and household savings even enable to build private ownership. By allowing the purchase of materials from local manufacturers and artisans, self-built housing construction is prevalent in rural areas. Private property goes back to the agricultural reform of the 1950s, which did not succeed in establishing collective habitations, but reaffirmed the notion of private property as the expression of the work of the family. They are the homes of peasants – inherited or built with domestic savings. The courtyard house in North China constitutes a form of housing which is the result of a long process of interaction between the built form and social, economic, and cultural needs and habits.

The task of building a new courtyard house required to examine and engage with modes of life in rural areas of Beijing. An extended analysis of the specific building type, the built environment, the social and historical context and finally the requirements for the new use were absolutely essential prior to the design process. In a preliminary study, the site and its previous buildings were retraced and documented through a graphic reconstruction to understand its layout and function. A timeline starting from the 1950s reveals the different states and transformations the site and buildings underwent. One of the most important characteristics of the courtyard house is its flexibility in accommodating growth and change.

The objective was to build a new courtyard house, by lifting the courtyard and creating a space for a convenience store on the ground floor.  The ground floor level was lowered and a new concrete slab poured inside the existing building for the upper floor.

To follow traditional room layouts and build according to the principles of Feng Shui, the new floor plan was modeled on the typical courtyard house in North China. Special attention had to be paid to the angle and grid of the layout, the positioning of columns and openings to meet all requirements. The building is arranged on a North-South oriented lot, with the main pavilion facing South. The access gate is situated in the South-East corner according to the traditional layout. Ceiling heights and spacing had to follow a specific hierarchy. The layout of the elevated courtyard is introverted to ensure privacy in the courtyard and that of adjacent houses.

The blue or grey brick is historically prevalent in Beijing and the northeastern region of China, but is less and less used for various reasons nowadays. Cheaper red bricks are mostly used in self-built housing today. The facade design with two different brick colors dissipates the contrast and creates a balance. Moreover, visible scorch marks on red bricks merge the two tones. 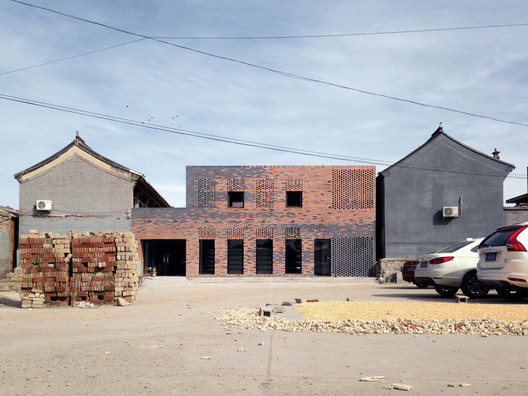