Heatherwick Studio’s Coal Drops Yard in London’s King's Cross was unveiled today ahead of the new shopping districts public opening on Friday, October 26. The studio reinvented two heritage rail buildings from the 1850s as a new shopping district while opening up the site to the public for the first time. The design extends the inner gabled roofs of Victorian coal drops to link the two viaducts together around shopping and public space. 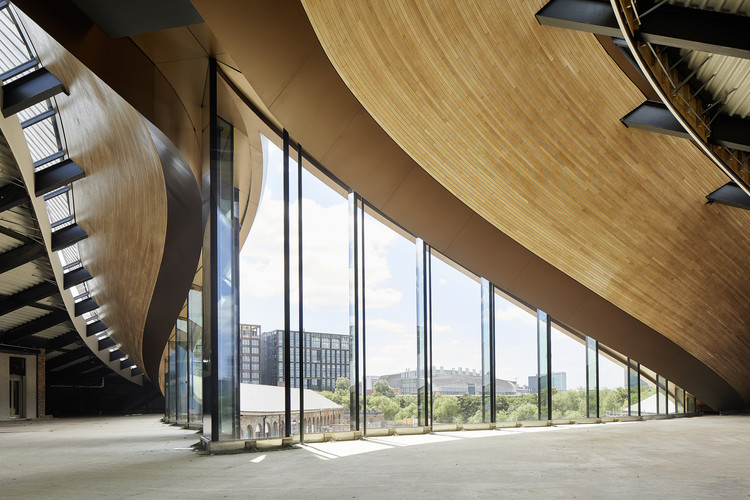 The project is the first major building completion in London for Heatherwick Studio and one of several large-scale developments in the capital that the studio is currently working on. Now home to stores, restaurants and cafés, Coal Drops Yard sits just off Granary Square next to Regent's Canal and the refurbished Central St. Martins School. The pair of elongated Victorian coal drops are reimagined as a space for the public to make their own.

Thomas Heatherwick, Founder of Heatherwick Studio, said that, “It has been a huge privilege working on Coal Drops Yard, not only because it’s the studio’s first major building completed in London, but also because it is in King’s Cross, where my studio and I have been based for the last seventeen years. These amazing Victorian structures were never originally built to be inhabited by hundreds of people, but instead formed part of the sealed-off infrastructure of London. After serving so many varied uses throughout the years, we’ve been excited by the opportunity to use our design thinking to finally open up the site, create new spaces and allow everyone to experience these rich and characterful buildings.”