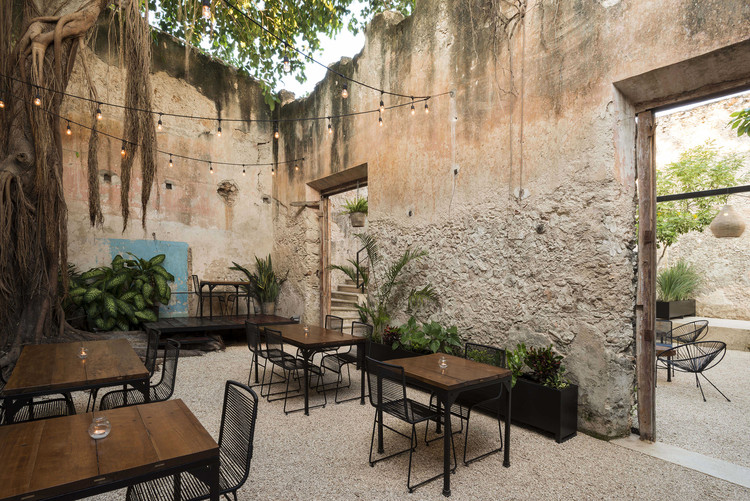 The architectural history of Mexico bears with it a wealth of symbolism that gives insight into the different time periods that have played host to contemporary cultural movements throughout the country's history.

Today, it's common to hear well-known architects calling for, not the creation of new spaces, but for the restoration of already existing ones. This stance insists that it is one's duty as an architect to rescue a site's memory by bringing it into the here and now.

As philosopher Jean Paul-Sartre put it, "what is important is not what happens to us, but what we do with what happens to us." In keeping with Sartre's phrase, we have compiled a list of 6 restoration projects that aim to rescue sites and show the interconnectedness of different time periods in Mexican history.

Restoration of the Santo Domingo de Soriano Monastery entitled "San Pablo." Located only a block away from the main square in Oaxaca, between Independencia and Hidalgo, you can find a complex of buildings that form part of the first dominican convent in the city. Up until 3 years ago, the former San Pablo Convent was ruined by a series of add-ons, of little historical value, that compromised the structural integrity of the building with its immense weight.

Layers of history are found in the old La Cubana Chocolate Factory, founded in 1872 and operated until 2004, in the Santa Maria la Ribera community. As such, it was refurbished and turned into a dynamic, multi-use living space. Because of its location and historical background, the community has developed its neighborhood uses and customs around a moorish pavilion.

Ixi’im Restaurant incorporates the machinery of the former agave processing plant, whose productive splendor during the second half of the 19th century and up until the decadence of the second half of the 20th century has now given the structure a new life with an architectural touch-up. The compound is built from various independent structures, where the machines constitute the public space or primary plaza. A shaft running north to south connects the primary structure with the surrounding smaller structures.

The design for the bar adheres to the nature of the building and its status as an Historic Monument designated by The Mexican National Institute of Anthropology and History. In other words, the building cannot be remodeled, but rather rejuvenated using the already-existing architectural features with complete respect for the original structure.

Niop Hacienda breaks the mold for southeast Mexican haciendas. Part of a movement that seeks to revive long-gone traditions, the project converted a space once dominated by slaughterhouses and textile mills into a common area, a boutique hotel, an event center, weekend getaway homes, and of course, a place to forget the daily hustle and bustle of modern life.

The transformation of the old San Antonio Chablé Hacienda into a hotel comprised of the restoration and adaptation of the original structures of the hacienda as well as the outside spaces. The hacienda, which dates back to 1813, began as a corn and livestock operation and later became an agave processing plant.