Text description provided by the architects. Restoration of the Monastery of Santo Domingo de Soriano entitled "San Pablo". Located just one block from the main square of the city of Oaxaca, between Independencia and Hidalgo streets, it is a collection of houses / buildings forming part of the first Dominican convent in the city.

Up until three years ago, the former convent of San Pablo was in a building distorted by a series of additions of little historical value that affected the building not only aesthetically - leaving the building completely drowned within these aggregates, but also because they affected the structure of the old building by the enormous amount of added load.

For the first part of the restoration, the original structure was relieved, demolishing the vast majority of additions. Thus we managed to recover almost 90% of the high and low corridors of the convent, part of the church and the entire Rosary Chapel.

Unfortunately, the resulting area was insufficient to give the building the cultural features with which it was conceived, and which have been the engine for the rescue of this property. Therefore, it was necessary to place a light and reversible metal structure on the east side of the project, which refers to the ephemeral nature of a scaffold and also commemorates the old bay of cells lost at the opening of Fiallo street.

This contemporary element creates a useful space with an area of almost 700m2 divided into 3 levels. This meets the area required for the operation of a specialized library and an exhibition area that should be in a controlled climate, protected from the weather.

For this reason, this space is divided into two areas: a reading room, located within the intervention, in direct relationship to the courtyard of the cloister, protected from the elements by a glass facade always in shade due to a mobile roof.

And archive areas, who concentrated on the east side, taking advantage of the massive condition of the convent. We seek to accommodate most of the archive material directly on the wall to avoid unnecessary weight on the structure of the building, and also to protect it from the light.

To the outside, and in what was formerly a public parking, we recovered the churchyard demolishing all recent additions, which can be accessed from two alleys reopened in their original dimensions. This historically open space at the heart of the city block, a typology foreign to a city like Oaxaca, now acts as a meeting and distribution point to the various buildings that are part of the project. 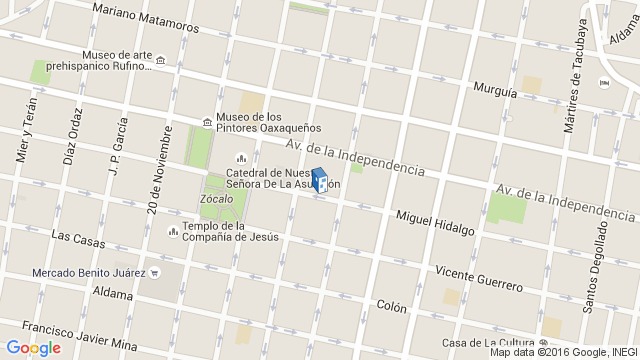 Location to be used only as a reference. It could indicate city/country but not exact address.
Share
Or
Copy
About this office
Mauricio Rocha + Gabriela Carrillo
Office
••• 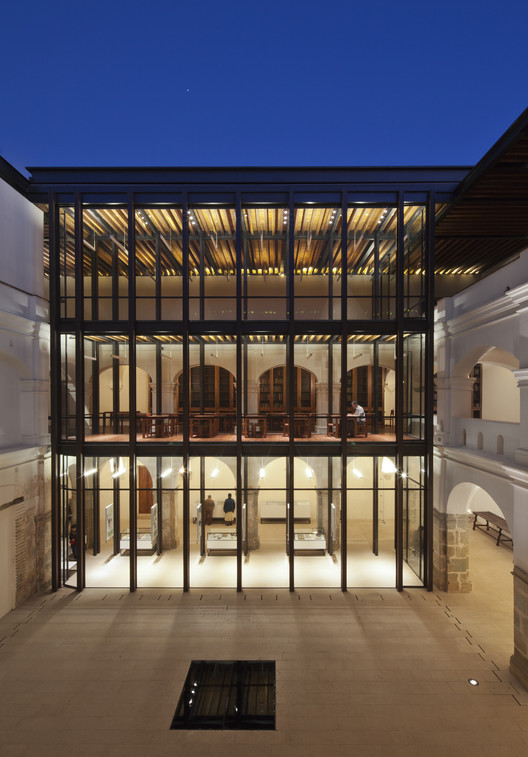