Next month, American architect Denise Scott Brown will receive the 2018 Soane Medal, an award given to "architects who have made a major contribution to their field, through their built work, through education, history and theory." A powerhouse jury that included Sir David Chipperfield, Paul Goldberger, Farshid Moussavi, Alice Rawsthorn, Oliver Wainwright selected Scott Brown for the second edition of the award. The 2017 Soane Medal was given to Rafael Moneo.

Sir David Chipperfield, Trustee of Sir John Soane’s Museum, said: ‘The jury considered many outstanding candidates; however Denise Scott Brown stood apart and was the jury’s unanimous choice. Scott Brown’s contribution across architecture, urbanism, theory and education over the last fifty years has been profound and far-reaching. Her example has been an inspiration to many, and we are delighted to honour her with the awarding of the Soane Medal.’

Bruce Boucher, Director of Sir John Soane’s Museum, said: 'Denise Scott Brown has made a unique contribution to the field of architecture through her scholarship, her teaching and her practice. The Soane Medal recognises Denise as someone whose exemplary practice is an inspiration to architects of all generations and backgrounds.'

Scott Brown will receive a replica of the original gold medal presented to Sir John Soane by the ‘Architects of England’ in 1835. The event celebrating her win will be held on October 17th, 2018 and will feature a pre-recorded lecture delivered by Scott Brown from her home in Philadelphia. Sir David Chipperfield will provide a live response to the lecture, which will also include illustrations of Scott Brown's work.

The Soane Medal was established by Sir John Soane’s Museum and continues the mission of the Museum’s founder to encourage a better understanding of the central importance of architecture in people’s lives. Denise Scott Brown was selected for the award by the following jury: Bruce Boucher, Sir David Chipperfield, Paul Goldberger, Owen Hopkins, Farshid Moussavi, Eric Parry, Alice Rawsthorn, and Oliver Wainwright. 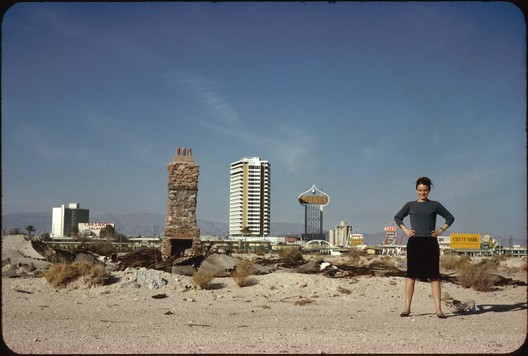