Rem Koolhaas, Dutch architect and founder of the Rotterdam-based firm OMA, has been announced as the closing keynote speaker at the World Architecture Festival. The event will take place in Amsterdam at the RAI Exhibition and Convention Centre on from 28-30 November.

“We’re delighted that Rem Koolhaas has joined our already stellar list of speakers for this year’s event. This is the first time we’ll be holding WAF in the Dutch capital, and just as the Dutch masters presided over a golden age of artistic endeavour and expression in the 17th century, Rem and his contemporaries have spearheaded architectural innovation that has been exported and embraced around the world," state Paul Finch, Programme Director of World Architecture Festival stated. "Attendees of WAF 2018 can look forward to speeches and talks from them and a wide selection of architects, designers, engineers, academics and urban planners as they articulate and interrogate challenges related to this year’s event theme – Identity”.

Koolhaas is just one among the many speakers to be featured at the industry event, including Jeanne Gang, Sir David Adjaye, Caroline Bos, and Sir Peter Cook. This is also the first time that the event will be held in Amsterdam, after being located for the past two years in Berlin. The Festival leverages its new location with a speakers list that boasts some of Dutch architecture and design’s most influential voices, among them Francine Houben of Mecanoo, Kees Christiaanse of KCAP, Caroline Bos of UNStudio, and even deputy mayor of Amsterdam Marieke van Doorninck.

Talks at this year's event promise to explore the topic of identity - a concept that also featured prominently at this year’s Venice Biennale - in a variety of ways. Presentations and panel discussions will investigate not only how architecture can be an expression of personal, communal, and civic identity, but how buildings and space are increasingly becoming participants in questions of identity.

The architecture industry event will run alongside the INSIDE World Festival of Interiors, which has revealed speakers including Christina Seilern of Studio Seilern, India Mahdavi of India Mahdavi architecture and design, and Maria Warner Wong of WOW.

Tickets for the festival are available online now, with a 20% discount available for ArchDaily readers who enter the code ARCHDAILY20 at checkout. Our site will also have news coverage and live-streams of festival events when it kicks off later this year. 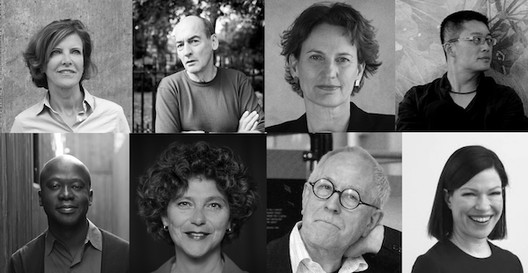