3XN has been commissioned to design a new arena and masterplan for central Bergen, Norway. Responding to the city’s ambition to revitalize the core of its UNESCO World Heritage Site, the scheme will act as an anchor for the development of an entirely new neighborhood connecting the inner city with the waterfront.

The scheme is intended as an “urban arena” serving as a destination for concerts, sports, and cultural events in an underutilized central part of the city. The design of the arena will also incorporate a vibrant public district “offering places to live, play, rest, and work.” 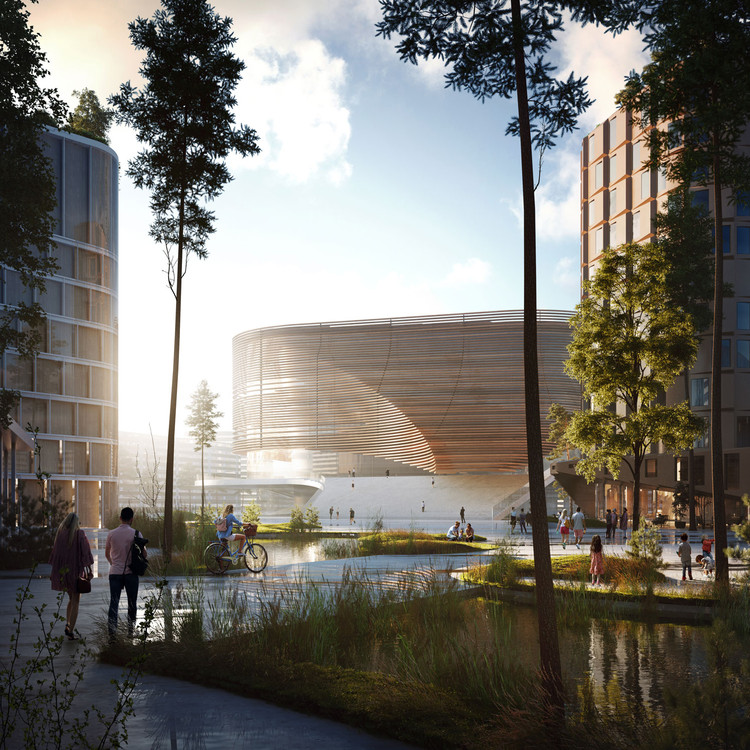 The existing site is characterized by heavy traffic and urban spaces with poor connectivity to the surrounding city. The 3XN strategy seeks to introduce the arena as an “urban driver,” acting as a catalyst for a new neighborhood to feature housing, a police school, a hotel, and a cinema.

In developing this new arena, we considered the characteristics of Bergen as it is now and envisioned how it can be in the future. In our design we have tried to solve the urban and infrastructural challenges by creating an arena in human scale using warm materials, taking the local climate into account. We will change the area from a place for cars to become a place for people.
-Jan Ammundsen, Senior Partner and Head of Design, 3XN

The scheme forms part of a boarder masterplan aiming to become an “urban connector by stitching the area together with the adjacent districts.” A new program of public plazas, vibrant streetscapes, and pockets of city life with seek to breathe new life into the area, but with an architectural language which respects the “unique character of its UNESCO heritage.”

The project was commissioned by Nygårdstangen Utvikling—a consortium consisting of Olav Thon, EDG Property and Rexir. 3XN Architects developed the scheme in cooperation with GXN and Arup.