Studio Gang has released images of their proposed high-rise MIRA residential scheme in the heart of San Francisco. Currently under construction, the 400-foot-tall tower will contain almost 400 residential units when completed, 40% of which will be below market rate.

The scheme's design is centered on the evolution of the bay window element, a feature common to San Francisco’s early houses. The bay window is reimagined in a high-rise context, twisting across the full height of the tower to offer views across the city. 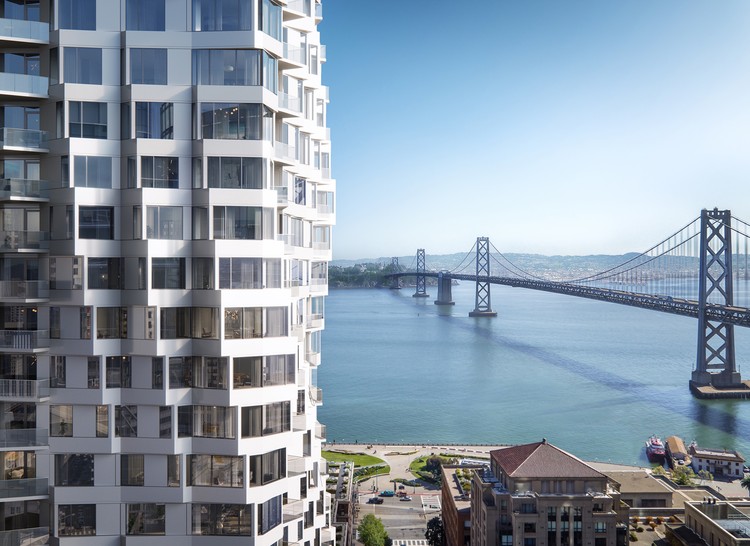 Reinterpreting the classic bay windows of San Francisco, our design amplifies the dynamic quality of the neighborhood. Spiraling all the way up this 400-foot tower, bay windows create unique spaces in every residence that offer fresh air, expansive views, and changing qualities of light throughout the day.
- Jeanne Gang, Founding Principal, Studio Gang.

Environmental performance has been central to the design, with integrated features such as a state-of-the-art greywater harvesting system, green roofs, and high-efficiency fixtures. Combined with the high-performance façade and VRF cooling system, the scheme is on target for a LEED Gold certification.

News of the scheme follows on from Studio Gang’s unveiling of its first Los Angeles project in April, a 26-story mixed-use tower featuring 300 apartments and a hotel. 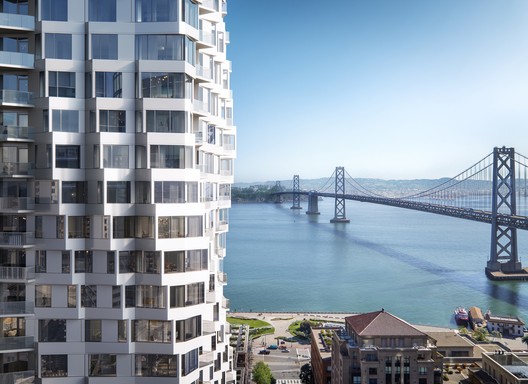