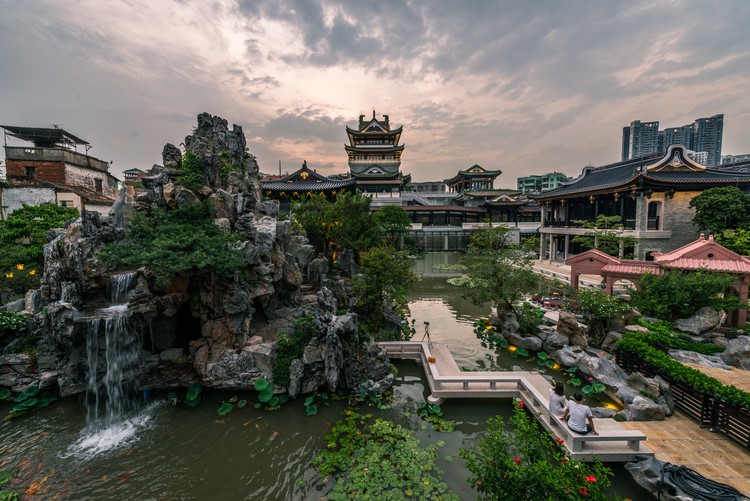 The water, garden and tea-house culture in Xiguan had significantly influenced the development of Cantonese Opera; therefore, typical Cantonese Opera performance space extends into gardens and tea houses.To better inherit the traditions of Cantonese opera, the project explores the real "cultural space" through the existence of Cantonese opera culture from the perspective of Genius Loci.

In terms of architectural style, the atmosphere of the venue and the characteristics of the city combined with the value of opera’s history and culture make it clear that the best solution is to recreate a " Lingnan style traditional garden."

Traditional garden in modern times
From the perspective of contemporary urban design, the project explores the relationship between traditional garden forms and the needs of the public. Constructing a traditional garden in a high-density city center increases urban public space and promotes public involvement. At the same time, the layout of the garden-styled museum is compatible with the existing urban tissue. Located in the heart of the old Guangzhou, the opera muse-um has become a new city landmark with the taste of ancient Xiguan.

The museum is divided into the north and south bank by Liwan canal. The main exhibition spaces and gardens occupy the south bank, while the additional service space occupies the periphery of the museum at the north bank. The space of the museum is articulated by a series of themed gardens.

The general layout of the museum is programed around a North-South axis centered at Wansha Lake scattered with six sub-garden spaces. The flow of water threads through six gardens, forming an organic unity. The space to the west of the longitudinal axis is for exhibitions and grand performances, while the east is for recreation, temporary exhibition, and small-scale performances.

Respecting the environment and life style of the Cantonese locals, and the close relationship between Cantonese Opera and traditional landscape, this design proposition meticulously set the constructions along the Liwan bay, featuring the gorgeous and extraordinary opera art and culture of Lingnan, providing a lively and historical space for their living inheritance. 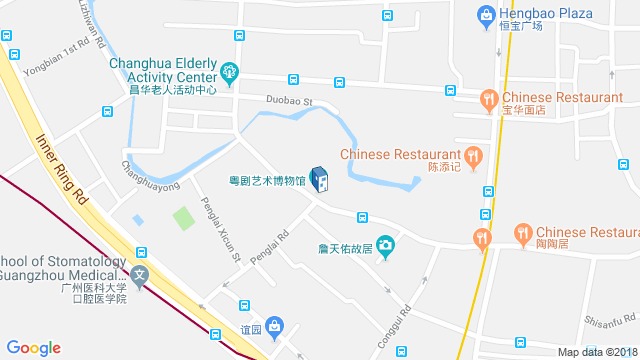 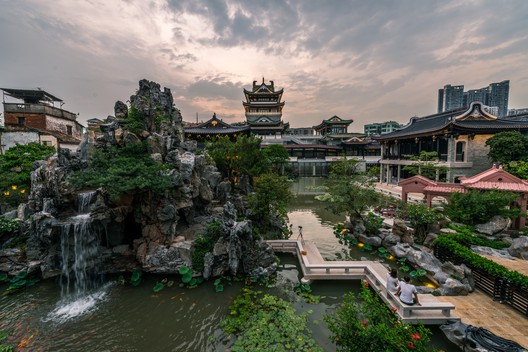