Save
This Photographer Captures the Rainbow Architecture of Istanbul

When we think of Istanbul, opulent mosques and bustling bazaars often come to mind. Architect and photographer Yener Torur focuses on a different side of the city, targeting lesser-known neighborhoods to capture stunning images of a hidden, rainbow-colored Turkey.

Often using friends, family, and even himself as models, his photographs create whimsical narratives where color-coordinated figures act as supporting characters in a playful world of tones. Torur describes the search for these buildings as a "treasure hunt," describing his intention to "document a different, less-known part of Istanbul to escape from the one dimensional and orientalist perception."

You can see more of his kaleidoscopic photography on his Instagram, @cimkedi. 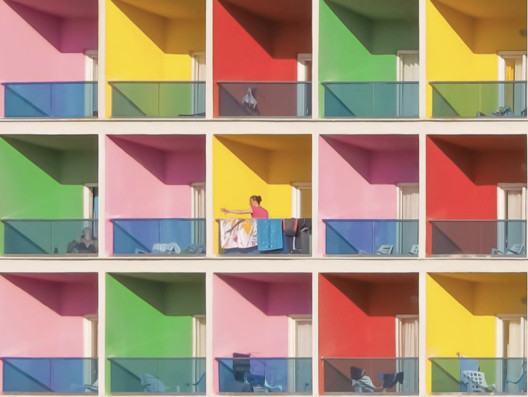